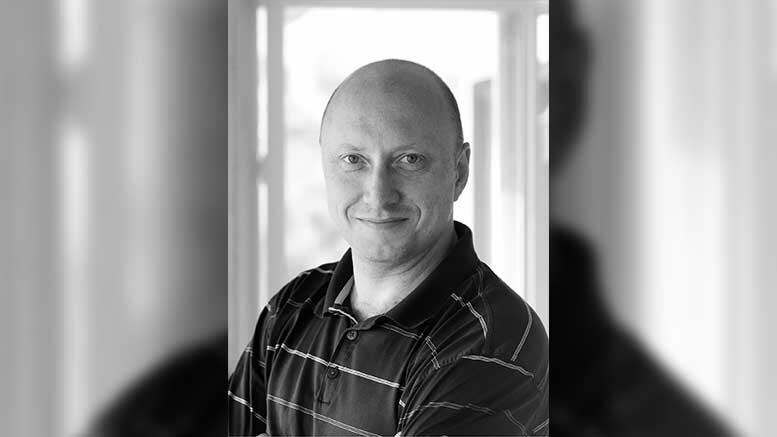 Virginia Beach Graduate has Three Degrees and One Great Life

Dmitry Gotkis knows a thing or two about overcoming obstacles. Growing up in Ukraine, his dreams and aspirations were somewhat limited, but his options changed with the fall of the Soviet Union. Thoughts about a different kind of future began to form when his mother-in-law came home with something rarely seen in those days.

“Computers were just starting to enter the private market and were very expensive, so when she got one for her work, it was the event of the century,” says Dmitry. “This computer, however, was very basic and did not even have any Windows OS installed, only DOS. In order to configure that machine, I had to go to a store and buy a 500-page Windows 95 how-to book. I read it so many times, that the pages could no longer hold to their bindings. That was the first time I had to deal with this technology and one of the defining moments of my later computer career.”

“There are many different universities around. I only have attended here, at ECPI. I liked it, otherwise I wouldn’t come back two times! In the end – it’s up to you, but if you decide to come here, you will be surrounded by great professional and supportive stuff, who’s greatest achievement is your success.”

In the late 1990s, Dmitry and his wife immigrated to the United States. It was a big decision and created as many challenges as it did opportunities. “It wasn’t a spontaneous move; it was several years in the making. I will not elaborate about all of the hardships of coming to a different country with almost no money and about twenty words of English vocabulary between the two of us, but they are not called hardships for nothing.”

Dmitry got a job working at an auto supply store and began studying English at night at an adult learning center. It was then when a friend suggested he consider enrolling at ECPI University to earn an associate degree in computer programming. “During the entry exam, I was told to put my English-Russian dictionary down, and I thought I was done for, but three and a half hours later, I put my finished papers onto the examiner’s desk and soon found out that I had scored a 94!

Dmitry says he would not be where he is today without the incredible support he received from the faculty and staff of ECPI University. “There are many different universities around,” he says. “I only have attended here, at ECPI. I liked it, otherwise I wouldn’t come back two times! In the end, it’s up to you, but if you decide to come here, you will be surrounded by great professionals and supportive staff whose greatest achievement is your success.”