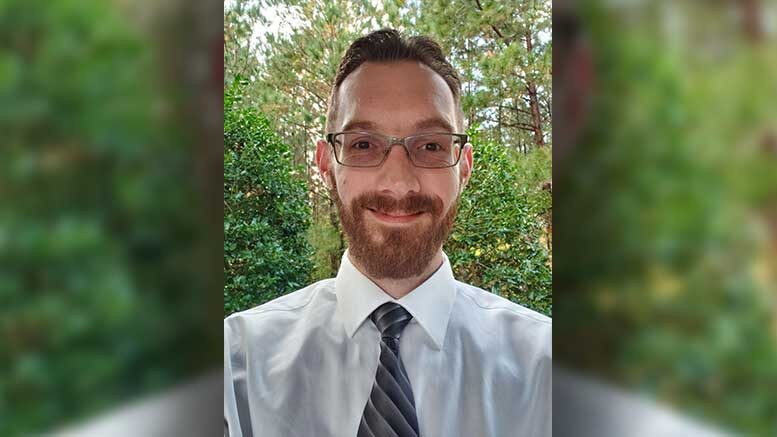 As a child, Jeffrey Granstrom was intrigued by technology. His grandfather worked in the tech field and was always bringing him all sorts of devices to play with. Typically, he would take them apart and try to figure out how they worked. As he got older, it seemed a career in tech was all but a certainty.

Then one day, Jeffrey asked his parents for a cell phone. “My parents told me that if I wanted a cellphone, I had to pay for it,” he says. “Next came a car and car insurance, so I took a job at Food Lion bagging groceries. The experiences I gained through working in my community allowed me to learn to be responsible and professional while creating personal connections that I still enjoy, as well as instilling a strong work ethic to build upon.”

“For anyone considering ECPI University, I would encourage them to follow their dreams and ambitions. ECPI will provide the opportunity to learn many new technologies, soft skills to effectively and professionally communicate, and, in the end, a degree that can lead to a whole new career!”

In a way, that work ethic and dedication may have been the very reason why Jeffrey put off the career he really wanted. Before long, he was promoted to Regional Lead Trainer, and then Retail Pricing Coordinator. After nearly 17 years, he knew he could wait no longer. “I had often said that I would like to get out of retail and work in the technology field,” he says. “My girlfriend, family, and close friends had told me many times that I was more talented than I gave myself credit for, so I finally chose to go to ECPI University because the night classes allowed me to continue working while obtaining a degree to make the career transition.”

Jeffrey enrolled in the Cyber and Information Security Technology program at the Raleigh campus, and a year and a half later earned his Associate of Science Degree. Working closely with the campus’s Career Services Department, he was hired as a Premier Support Specialist for Lenovo, a Fortune Global 500 technology company with more than 63,000 employees. Jeffrey plans to return to school to earn his bachelor’s degree with the goal of moving toward the engineering side of the IT industry.

“I am looking forward to this new adventure and, hopefully, many new opportunities in the future,” says Jeffrey. “For anyone considering ECPI University, I would encourage them to follow their dreams and ambitions. ECPI will provide the opportunity to learn many new technologies, soft skills to effectively and professionally communicate, and, in the end, a degree that can lead to a whole new career!”