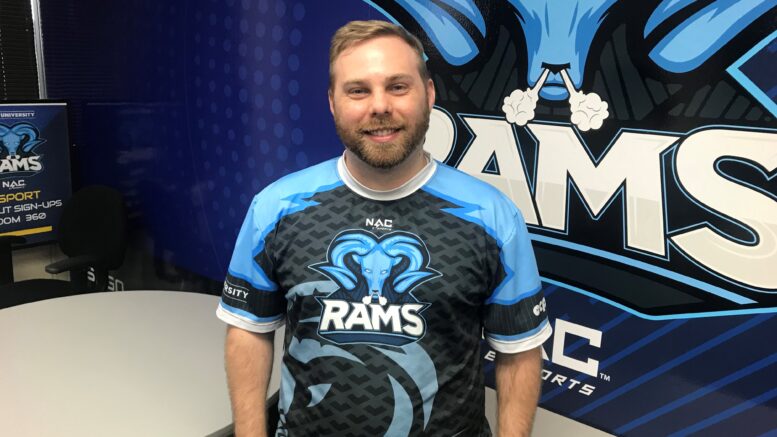 From June 28th through July 3rd, the ECPI RAMS conducted University-wide tryouts for the collegiate esports team. The tryouts received an overwhelming response which led to more days added to a second week to accommodate all of the tryout requests that came in. From this, the ECPI RAMS expect to expand the current roster to the largest size yet and allow more students to participate than ever before.

This is great news, as the RAMS are currently preparing for the fall 2021 season that promises to be one of the more exciting seasons ever with new game titles, new players, new conference opportunities, new stream content, and much, much more.  Be sure to watch for student email and opt-in to mobile app alerts for the RAMS to get all of the information on the RAMS schedule this fall. Also, be on the lookout for more student esports activities in the form of tournaments for some of the most popular games (COD, Apex Legends, Fortnite, and more).

Those who missed open tryouts can still schedule an individual tryout at www.ecpi.edu/esports

When James Lonsert was in high school, he and his brother began playing Halo 2. He got very good, very quickly. At one point, he was ranked number two nationally on the ladder in 2v2. While there were no esports teams at his college, he kept playing and would later coach an Arizona State University Heroes of the Storm team to an undefeated season and an appearance at a national tournament where they would finish in first place.

Now, James has traveled across the country from his home in California to become the new head coach of the ECPI University RAMS. The former high school math teacher has also coached soccer and has some definite ideas on coaching strategy and how he wants to build ECPI University’s program. “Most players who are new to collegiate esports really don’t know what it means to compete at this level,” he says. “Yes, they like to win, but the intensity at this level can be a bit surprising. For me, it really comes down to aggressive communication. The team that communicates the best wins.”

As he prepares for the upcoming season, James would like to add an additional 30 to 40 players, as well as some new games. He says the current roster has some promising players. He plans to select the best ones and build teams around each of them. “I am optimistic about our prospects,” he says. “If these players dedicate themselves, put in enough work, and demonstrate a willingness to be coached, they can become exceptional.”