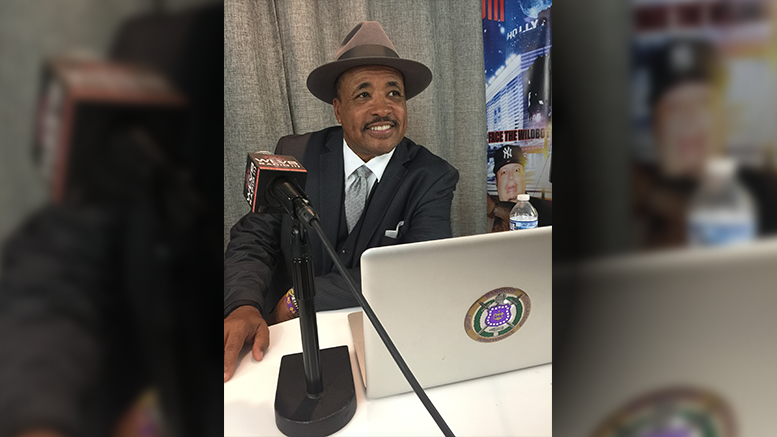 Growing up in Portsmouth, Virginia during the 1960s and early 1970s, H.L. Barner found himself in the midst of the racial integration movement. Instead of attending schools near his home, he was bused to predominately white schools. The idea was to give children of color greater educational opportunities. It did not have the desired effect.

“Words cannot express the negative impact it had on students, teachers, and the school system,” he says. “There was little desire among most of the white teachers to provide the same quality of academic instruction to us as they did for the white students that lived in that neighborhood. Fortunately, I graduated by the skin of my teeth, but with largely low self-esteem, confused, discouraged, and with absolutely no plans for higher education.”

H.L. wanted to make something of himself but says his options were limited. Then, he saw an advertisement announcing enrollment at Electronic Programming Computer Institute, the original name of ECPI University, which had been founded just nine years earlier. At the time, the computer industry was still in its infancy, but there were very few institutions offering the kind of education that prepared people for the growing number of IT jobs. H.L. seized the opportunity.

“The teachers and staff were extremely encouraging, motivating, and did everything possible to ensure we all succeeded,” says H.L. “It was a 360 degree change from high school. The classes, training, and experience were everything I hoped to receive, but what impacted me the most was that ECPI restored my confidence in the education system.”

“If you are considering entering the IT profession, then you are at the right place, in the right field, at the right time in the history of any career field known to mankind. The IT industry can’t train fast enough to support the demand. And I believe that ECPI University is preparing students for ‘Next Level Thinking’ and is a major leader in producing the most technical and talented workforce in America.”

After earning his certificate – at that time, ECPI had not yet begun offering full college degrees – H.L. decided to use his skills in the armed forces. He enlisted in the Army and that’s when he says he could see a real path forward. “I became the first soldier to ever graduate from the Army’s Signal and Communication School as a Radio Teletype Operator with an academic average of 100 percent,” he says.

After being promoted to sergeant, H.L. decided he wanted to become an officer, but that required a college degree, so he earned a bachelor’s degree and would later add a master’s as well. “After that, I attended the United States Army Engineering Basic Course,” he says. “Then, I went on to the Army’s Advanced Engineering Course, the Topographic Engineering School, and Photogrammetry School. I later attended the Computer Science School at Fort Gordon, Georgia, and ended up becoming the Chief of Systems Integration at the Navy Yard in Washington DC.” After leaving the military, he went to work for the Defense Logistics Agency and has built a successful career in IT, currently serving as the Lead for Workforce Digital Transformation.

Despite all he has accomplished since 1975, H.L. credits ECPI as being the foundation that supported his future success. “The foundation of any structure will determine how it will sustain you during an ever-changing environment,” he says. “Here I am, 40 years later, and I am still standing on that solid foundation. And it wasn’t just the technical training I received at ECPI, but also the encouragement, vision of the future, and a positive can-do attitude to succeed.”

Along the way, H.L. realized the importance of having balance in life, as well as varied interests. That led him to become Dr. H.L. Barner, having earned a Ph.D. in Biblical Studies. He now hosts a regular podcast and is the author of several books. Beyond his career, he considers it his life’s mission to serve as a source of support and inspiration to others, and he has some advice for young people. “If you are considering entering the IT profession, then you are at the right place, in the right field, at the right time in the history of any career field known to mankind. The IT industry can’t train fast enough to support the demand. And I believe that ECPI University is preparing students for ‘Next Level Thinking’ and is a major leader in producing the most technical and talented workforce in America.”

How ECPI University Changed and Saved My Life

Be the first to comment on "Despite Early Obstacles, 1975 Graduate Says ECPI Served as Lifeline, Foundation for Unlikely IT Career"