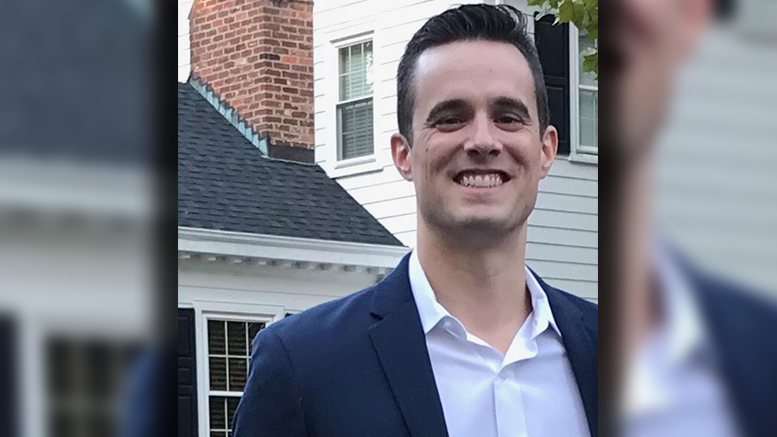 When Tim Trotter began working on his bachelor’s degree in political science, he did so with the intention of attending law school. By the time he earned his degree, however, his interests had shifted. Because he had spent his summers working in a warehouse, he became interested in supply chain management. “In terms of building a career, all I had was a political science degree and no real skills, so I went out and earned a certificate in advanced procurement management,” says Tim. That led to a job with Jim’s Formal Wear, managing production at its fulfillment center in Richmond.

Tim was selected to participate in the company’s Management Development Program and worked there for about two and a half years. Then came the COVID-19 pandemic which changed everything. Weddings, proms, and other formal gatherings were being cancelled and demand for tuxedo rentals became nonexistent. So, Tim and many of his fellow worker were furloughed in March. “During that period, I had a lot of time to think about what I wanted in life which brought me back to an interest I had always had in computers,” he says. “I had already gone to college though, and the idea of going back again for several more years was not realistic.”

That’s when Tim learned about a new program being offered at ECPI University in Richmond, the Accelerated Cyber and Information Security Technology Degree. Created for career switchers, it allows people who already have a bachelor’s degree to earn a second bachelor’s degree in Cyber and Information Security in just one year. “I started discussing this possibility with friends and family and they were very supportive of me making the decision to go back to school,” says Tim. “To be able to do something like this in just one year is incredible. I was all in! I figured everyone can benefit from investing in themselves.”

Tim is now part of the program’s first cohort at the Richmond/Innsbrook campus. Next fall, he and his fellow graduates will enter a profession where demand for their skills continues to rise. According to the Bureau of Labor Statistics, employment of information security analysts will grow 32 percent from 2018 to 2028, much faster than the average for all occupations. Demand is especially high due to the rise in cybercrime.

While no job or career is recession proof, cybersecurity does offer a level of job security that many other careers do not. While the Coronavirus has shut down some parts of the economy, IT continues to function as it always has. Moreover, the need for new talent to accommodate the many unfilled jobs remains. “We are still seeing hiring”, says ECPI University Director of Career Services Candice Sayre.

Tim says that’s a big reason why he chose a cybersecurity career path. He’s already preparing to earn his first professional certifications, COMPTIA A+ and NET+. “With the demand for Cyber Security professionals and versatility of ECPI’s Cyber Security degree, this was a no brainer.”