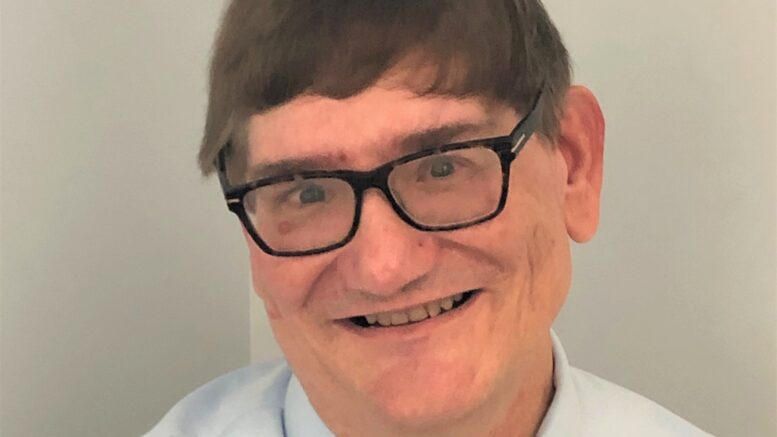 Randy Hunsicker has been teaching at ECPI University for nearly three decades. Each year, new students appear in his class, but these days his ability to see them is somewhat diminished. You see, for most of his teaching career, Mr. Hunsicker – or Mr. H as he’s affectionately known by his students – has been fighting Glaucoma, a disease which has slowly degraded his eyesight. An experimental drug along the way has slowed the disease’s progress, but he is now nearly blind in one eye and struggles to see out the other.

Mr. H, however, has no interest in self-pity. For him, Glaucoma is just an obstacle he has to overcome. He has an infectiously positive attitude that rubs off on his students, but he’s no softie. He has high expectations and they must be met. “People ask me what I do,” say Mr. H. “I tell them that I create IT professionals. That’s what ECPI University is all about. I used to attend a traditional university. You learn a lot of theory and you become trainable, but you don’t know how to do much after graduation. That’s not what we do here. My role is to prepare these students to step right into a job.”

While Mr. H may not be able to see his students all that clearly, he can hear them quite well and uses that heightened sense to his advantage. “Sometimes I’ll hear some students in the back of room murmuring that there’s an easier, quicker way to do something,” he says. “They have no idea I am on to them. A little later, I’ll say something like, ‘now, there are some people who think they can get away doing it this way, but think again!’ I’ll explain why that so-called shortcut does not work and how to do it the right way.”

When asked whether his perseverance in dealing with his vision inspires his students, Mr. H is doubtful because more often than not, he makes jokes about not being able to see well. Nonetheless, his colleagues know better. They see a man who has been dealt a less than ideal hand, and is playing those cards as best he can, making the most of the life he has. That is inspiring. “Randy is a caring and well respected instructor,” say Campus Director of Academic Affairs Laura Glading. “His heart is really with his students. He is tough, holds them to a high standard, but is an example to them that the high standards he sets are achievable, regardless of the things that might hold one back.”

“His heart is really with his students. He is tough, holds them to a high standard, but is an example to them that the high standards he sets are achievable, regardless of the things that might hold one back.”

Be the first to comment on "Legally Blind, Charlotte Faculty Member Sees His Place in the Classroom Clearly"