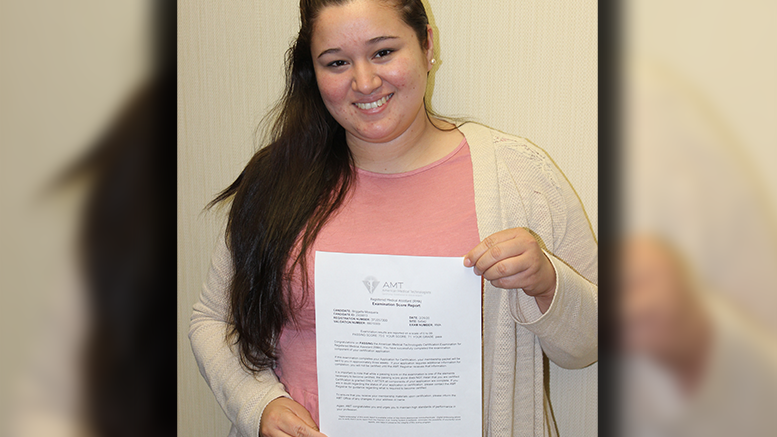 It Started with a Job and Ended with a Career

Bridgette Mosquera moved from Ecuador with her father at the age of ten. She was traumatized, moving to a place where she knew no one. She missed her family dearly, but wanted to support her father on this new venture here in the United States.

Because Bridgette did not know any English, school, at first, was quite difficult. In time, however, she gradually learned the language and began to acclimate. After graduating from high school, she began working in the food industry and quickly moved up into management. She married and started a family. After the birth of her second child, Bridgette went back to work, this time in the home cleaning industry.

“Sometimes, I have to pinch myself to believe that my dream is now a reality…Truly, this was the best decision I ever made!”

In her mind, she was going back to a job, not a career. In her heart, this was not what Bridgette saw herself doing. She felt a call to help others, specifically, in the healthcare industry. Simply put, she wanted more out of life.  After talking to her mother, she knew she had to make a change. Bridgette then sat down to discuss this with her husband, and he told her that he would support her completely if it was what she really wanted.

Shortly thereafter, Bridgette walked into ECPI University and took a tour, and after visiting the Medical Assisting lab, she was certain that she had found the school that was right for her. With her family’s support, she enrolled, earned her Associate of Applied Science degree, and passed the Registered Medical Assisting (RMA) certification. She was recently hired at Medical University of South Carolina Women’s Health, the same place where both of her daughters were born.

“Sometimes, I have to pinch myself to believe that my dream is now a reality,” she says. “I want to thank Mr. Zachary Selby (Director of Admissions) for having me write a letter on why I came to ECPI University. I keep it to this day and read it each term to give me motivation to continue. I also want to thank Ms. Krista Rodgers (Medical Assisting Program Director) and all the faculty at ECPI University for being my academic family and for pushing me to be successful, as well as Ms. Jen Santoro (Career Services) for helping me apply for the job at MUSC Women’s Health. Finally, I would like to thank God and my family for supporting me and making this possible. Truly, this was the best decision I ever made!”