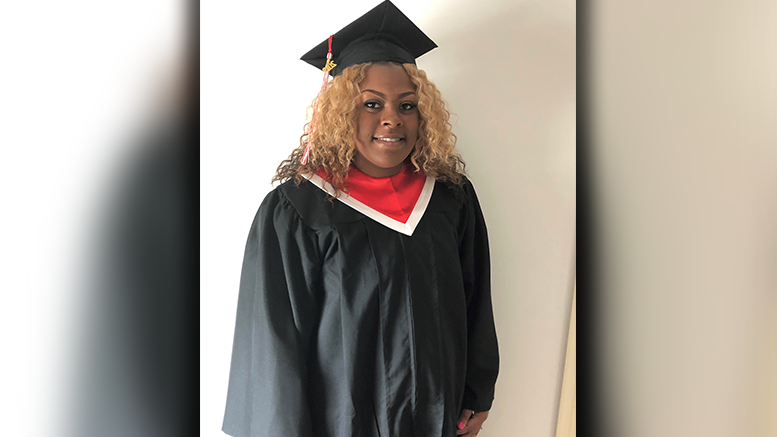 Markeya Riddick’s professional life was just coming into focus. After working nearly eight years as a personal care assistant, she was on her way to earning a Medical Assisting degree at ECPI University. A student at the Newport News campus, she was halfway through her program when she received terrifying news.

Her son, Zion, had been experiencing some concerning symptoms. One at a time, he grew tired, lost his appetite, began vomiting, became disoriented, and then his language became disrupted. That’s when she learned that he had stage-4 brain cancer. After surgery to remove part of the tumor, he underwent Chemotherapy and Proton Therapy. Markeya had no choice but to suspend her studies and focus exclusively on his care. That was in June 2019.

After more than nine months of treatment, Zion is in remission. Now, he and his family travel just once a month to the Children’s Hospital of the King’s Daughters for his appointments. “He is now back to running around with his siblings and eating all of the food out of the refrigerator, not to mention drinking all the juice!” says Markeya. Several months after Zion began his treatments, Markeya came back to campus to complete her program where she found plenty of support. “The teachers were awesome, and my classmates were even better,” she says.

Markeya now works at Williamsburg Geriatrics and Lifestyle Medicine and plans to return to school so she can become a Registered Nurse. While her journey has certainly been a difficult one, she credits Zion for helping her stick with her studies, saying that his tenacity and courage in fighting cancer gave her the inspiration to complete her studies. “I always told myself that no matter what happens, always finish what you start.”

At Forefront of Student Engagement and Innovation