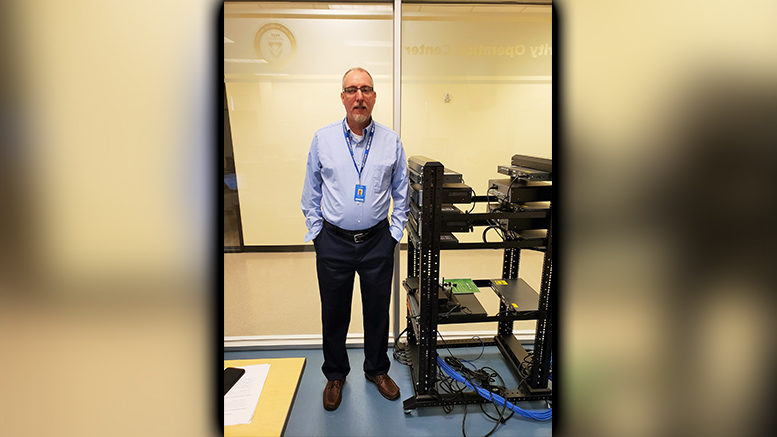 By most any measure, Jeremy Byrd was successful. Despite having no college degree, Jeremy worked his way up the ranks to become a store manager for one the nation’s largest retailers. Although he made a very comfortable living, he says it did not feel like success. Plus, he spent an excessive amount of time away from home.

It had always bothered Jeremy that he did not finish college. Both his parents had, and he wanted to set a good example for his six-year-old son. He also wanted to do something that made a difference. Then, something happened that changed the trajectory of his life. Three years ago, someone hacked his wife’s tax return and stole her identity.

So, I figured that maybe I could help make a difference. I’ve always had a knack for computers. I built my first one when I was still in high school. Click To Tweet

“It really created chaos for us,” says Jeremy. “Sometimes, it feels like the bad guys are winning. I learned that’s because there are not enough good guys out there to fight back. I mean, there is a serious shortage of skilled cyber professionals out there.

“So, I figured that maybe I could help make a difference. I’ve always had a knack for computers. I built my first one when I was still in high school. At age 50, I am too old to join the military, but maybe I could do something to help protect people from having their lives turned upside down by hackers.”

Jeremy talked with his wife and they decided it was time for him to go back to school. When he began looking at colleges, he came across ECPI University by accident. Although ECPI is more than a half century old, it had only recently opened its first campus in Florida. Jeremy says that soon after he arrived on campus, he realized it was the perfect fit.

“I wanted a smaller school,” says Jeremy. “I didn’t want to be just a number. I could tell right away just how much everyone there truly cared about the students. Plus at my age, I couldn’t spend four years in school. ECPI University’s accelerated two and a half year schedule made a lot of sense for me.”

Although graduation is still a little ways off, Jeremy has already managed to impress a lot of people. Recently, one of his teachers, David Cruz, was contacted by a colleague at Advent Health who was looking for someone to work part-time in applications security. Mr. Cruz recommended Jeremy and he got the job. “This has been such a life-changing experience,” says Jeremy. “For the longest time, I felt like I was just going through the motions. Now, I have hope. For an older student, I cannot tell you how important that is.

“I am looking forward to what the future holds. It’s like the doors are suddenly opening and all kinds of possibilities are unfolding. Anything is possible!” Click To Tweet

“I feel like I have been given the opportunity to change my future. More importantly, I know I will be helping people who need it. I want to stay on the healthcare side of cybersecurity. People who are sick should not have to worry about having their personal information stolen, or even worse, having a hacker tamper with their medical equipment.

“I am looking forward to what the future holds. It’s like the doors are suddenly opening and all kinds of possibilities are unfolding. Anything is possible!”