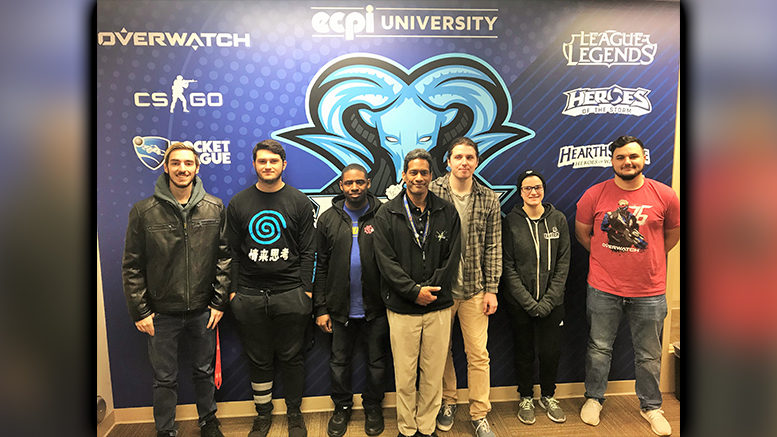 ECPI University is pleased to announce that its intercollegiate eSports team continues to grow with these new members from the Newport News campus:

Each one of these new players has been awarded at least a $1,000 scholarship with some receiving more based on their skill level.

“It’s hard to say that we had anything other than a fantastic preseason,” says ECPI University Athletic Director Mike Glover. Click To Tweet

As the regular season approaches, the Rams did quite well during the preseason, producing a 17-18 record, beating teams such as Rutgers, Baylor, Wake Forrest, Michigan State University, and the University of Pennsylvania. “It’s hard to say that we had anything other than a fantastic preseason,” says ECPI University Athletic Director Mike Glover. “The coaches and players are all working hard in preparation for the spring season and we are looking forward to a great year of competition in 2019, especially as we look to expand the program to several more campus locations.”

ECPI University Ranked #1 in the Nation – 2019 Best for Vets

Military-Affiliated Students Help Make ECPI University What it Is

Army Vet Finds his Place in the ECPI University Rams

Be the first to comment on "eSports Team, ECPI University Rams, Expands to Newport News Campus"