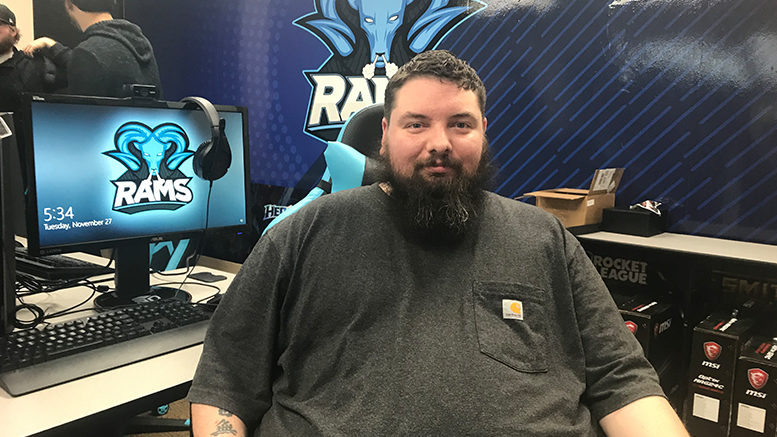 When a training accident ended Michael Bannon’s Army career, he wasn’t sure what to do. As an infantryman, his skills were not easily transferable to the civilian sector. Then, he began thinking about all of the dedicated health professionals who helped him recover from his injuries. “I wanted to do for others what they did for me,” says Michael. “I also needed a career that would allow me to support my young daughter. At first I considered healthcare administration, but I can’t sit behind a desk, so I chose nursing.”

At first I considered healthcare administration, but I can’t sit behind a desk, so I chose nursing Click To Tweet

However, Michael is happy to take a seat if it involves gaming. He’s been a gamer for nearly two decades, and for the past 11 years, a serious competitor. Last year, he learned that ECPI University was preparing to field an eSports team, and jumped at the opportunity. “It was a no-brainer,” he says. “I could improve my skill level, help support my school, and have an excuse to play video games several nights a week!”

Michael now has a scholarship and is a member of the ECPI University Rams. While he is certainly looking forward to his nursing career, he’s also hoping to supplement his income by competing in professional eSports tournaments. “eSports is growing so fast, and a lot of the professional teams are looking at the collegiate ranks as a sort of farm system,” he says. Michael’s specialty is Counter-Strike and his coach says he has the right attitude to rise to the next level. “I’m really impressed by the progress he has made during the past six months,” says ECPI University Athletic Director and Counter-Strike coach Mike Glover.

Back then, I was going nowhere and had no idea what I was going to do. Now, I am right where I need to be and the future is bright. Click To Tweet

It’s not easy being a full-time student, father, eSports athlete, and president of the University’s Virginia Beach chapter of the Virginia Nursing Student Association, but Michael is an excellent multitasker. He says he likes being part of something bigger than himself, and being on the Rams gives him a sense of camaraderie similar to what he found in the Army.

With graduation just a short time away, Michael says he cannot believe how much has changed since he left the Army. “Back then, I was going nowhere and had no idea what I was going to do,” he says. “Now, I am right where I need to be and the future is bright.”

Military-Affiliated Students Help Make ECPI University What it Is