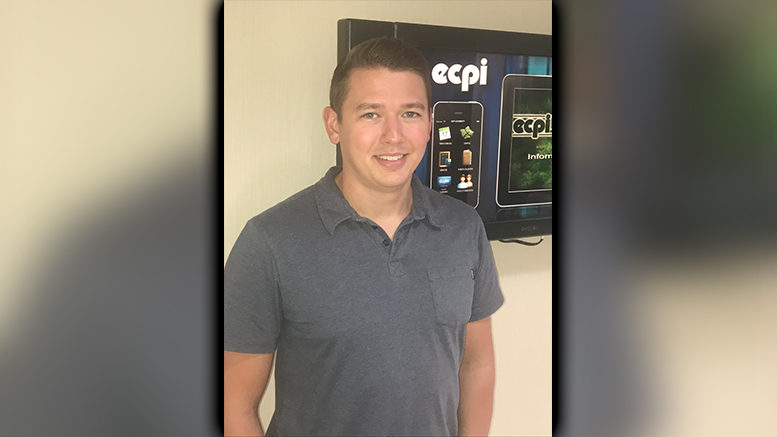 Growing up on Virginia’s rural Eastern Shore, Shane Bernard had limited career options. He wasn’t quite ready for college, so he decided to join the Army. After five years as an aviation operations specialist and two tours of Afghanistan, he decided it was time to return to civilian life. He was now ready for college and eager to use his GI Bill. What’s more, he already knew where he wanted to enroll.

“When I was in high school, I toured ECPI University,” says Shane. “I liked what I saw then, but even more so after I got out of the Army. Being older and married, I had no interest in going to school for four years. I also like the way the classes are structured, focusing on just a couple subjects during a concentrated period of time. It’s very much like the way we were trained in the Army.”

[Tweet “I also like the way the classes are structured, focusing on just a couple subjects during a concentrated period of time. It’s very much like the way we were trained in the Army.”]

Once enrolled, Shane found ECPI University the ideal fit. “I really like the small class sizes,” he says. “There was always plenty of time for questions and whenever I needed help, I knew exactly where to go.” He also got involved with Student Veterans of America (SVA) and currently serves as chapter president.

To say that Shane embraced ECPI University would be an understatement. Not only did he continue his studies year-round, he often took an extra class online so he could graduate with a Bachelor’s of Science in Business Administration in just 20 months…and with a 3.99 GPA, no less.

However, Shane is not quite through with ECPI University. He plans to stay on to pursue his MBA. Although his immediate plans thereafter are not completely decided, he says he wants to work with veteran-owned businesses and continue supporting organizations dedicated to veteran care. Once a soldier, always a soldier.

Student Engagement is an Important Priority at ECPI University

Technological Advances in the Classroom Prepare Students for Future Careers

Be the first to comment on "Army Veteran and Overachiever, Shane Bernard, Earns an ECPI Salute"