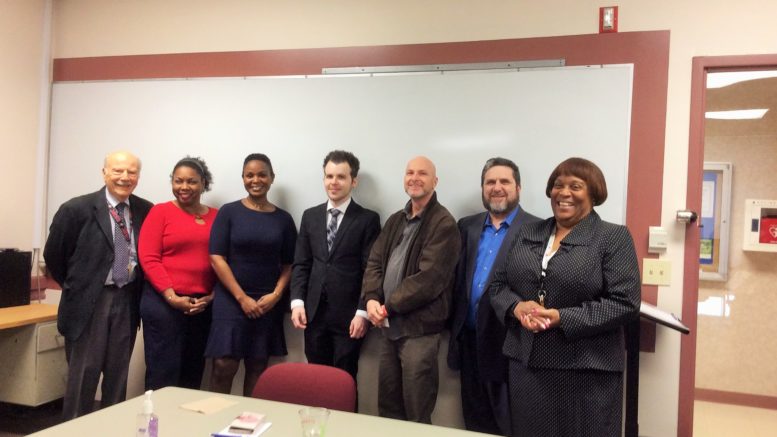 Earns Degree after a Life In and Out of Hospitals

There is no quit in Jeremy Gregory. Everything life has thrown his way, he has overcome. And it’s a lot. From the moment he was born, Jeremy has been fighting. As an infant, he was diagnosed with hydrocephalus, a condition that causes fluid buildup deep within the brain. At first, his mother was told he would likely not live past age five. To alleviate swelling, doctors began by installing a shunt, the first of eight surgeries over the next five years, the most drastic involved breaking and rewiring his cranial bones.

There were seizures, severe headaches, and even a bout with meningitis. Through it all, Jeremy maintained a resilient attitude. He would not be defeated. Here and there, he was able to enjoy a two- or three-year stretch with no major issues. Inevitably, something would send him back to the hospital. In 2010, he received a blow to the head which shattered one of his shunts, setting off another series of seizures and blackouts.

[Tweet “Through it all, Jeremy maintained a resilient attitude.”]

Following a surgery in 2015, Jeremy was doing well. So well, in fact, that he decided he was finally ready to go to college, and enrolled at ECPI University’s Greensboro campus to study Business Administration. The first year was good, but then the headaches returned. “I had them so bad that I could only use my computer for 30 minutes or less at a time,” says Jeremy. “I was nauseous to the point that I would have to sleep for a while before continuing my assignments.”

Doctors conducted tests and found that a tumor was growing on Jeremy’s brainstem. He immediately underwent high-dose radiation. After that, yet another surgery for a clogged drainage tube. Following his return to school and job at Walmart, post-operative complications set in and Jeremy was back in the hospital for another surgical procedure.

All throughout, Jeremy stayed on top of his studies. His teachers did what they could to support him. “Dr. Scales came and visited me in the hospital,” he says. “That was on a Friday and my head was completely wrapped with bandages. She told me not to worry about my school work or attendance, and to just concentrate on healing. I told her that if I got out of the hospital on Sunday, I would be in class Monday morning. She laughed, but she also knew how stubborn I can be.”

[Tweet “I told her that if I got out of the hospital on Sunday, I would be in class Monday morning.”]

True to his word, Jeremy was indeed released on Sunday and back in class on Monday. Perhaps most impressive of all is that during his entire student career, he managed to schedule every doctor’s appointment and surgery around his class schedule and never missed a single day.

Now at age 33, Jeremy is a college graduate, the first in his family to earn a degree. “No matter what life threw in his path, he just jumped the hurdles,” says Scharlie Coleman, student success coordinator at ECPI University’s Greensboro campus. “He was even working on homework and emailing me from his hospital bed the same day as having surgery. To this day, Jeremy is still following his plan with an incredible amount of perseverance. Watching him walk across the stage at graduation is something that I never doubted would happen. He will go on to do great things because he is determined to do so.”

Graduation Speaker is Inspired by Lord of the Rings Novels

Graduation at Columbia Becomes a Family Affair for Father and Children