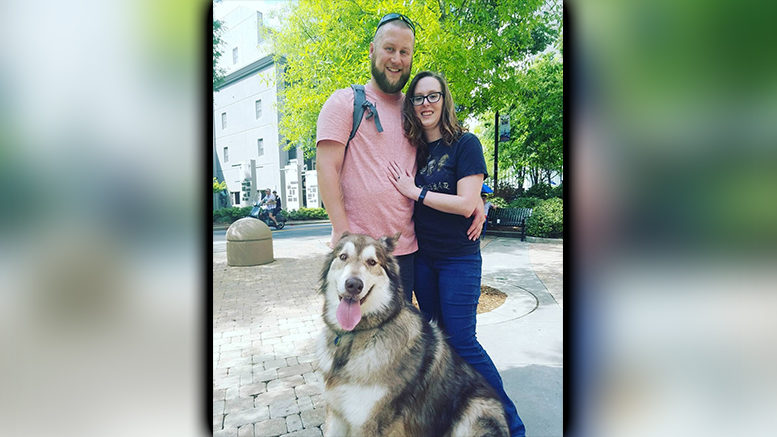 Greenville Grad Puts Sister’s Education Ahead of his Own

For Seth Hill, family always comes first. Starting at age 15, he began contributing to the household income, helping to support his mom and sister. “My mother and sister are two of the most important people in my life,” says Seth. “I helped my mother any way I could to put food on the table or pay part of a bill that was due. Until recently, my every moment was spent thinking about what I needed to do or them.”

Although college was something he desired, he put his sister first, enlisting in the Army and using his pay to help her pay for tuition, a computer, and whatever she needed. After graduating from USC Upstate, she made one thing very clear. “She looked at me and said, ‘Now it’s your turn. Mom and I are fine,’” says Seth. “That’s when I decided to start looking for information in the field I enjoyed.”

[Tweet ““That’s when I decided to start looking for information in the field I enjoyed.””]

During his three years in the Army, Seth served as lead information management specialist and network manager in the 5th Battalion, 101st Aviation Regiment, managing a team charged with providing highly secure, reliable, and accessible data services and computer support to more than 400 users at Fort Campbell, KY, and FOB Wolverine, Afghanistan. That sparked his interest in computer technology.

Following his military service, Seth got a job with Windstream Communications in Greenville, South Carolina, and a couple of his colleagues recommended that he take a look at ECPI University, which he did and subsequently enrolled in the Cyber and Network Security program. Seth set for himself a challenging pace, working from 8 am to 5 pm Monday through Friday and attending classes until 10:30 pm four nights a week.

Now as he approaches a graduation of his own, Seth credits his family – which happens to be growing – for all their support. The latest family member is a four-pawed one, a service dog named Thunder, a faithful companion he can take into any public building. He also proposed to his girlfriend, and the two will be married this fall.

[Tweet “He credits his ECPI University career services advisor for helping him prepare for the interviews that landed him a job as a Technical Support Specialist at Magna Drive Automotive.”]

Between his military service and challenging class schedule, Seth has gained even more confidence in his abilities which he says makes life’s challenges a bit easier to meet. For instance, just a few months ago, he was laid off from his position at Windstream, but he credits his ECPI University career services advisor for helping him prepare for the interviews that landed him a job as a Technical Support Specialist at Magna Drive Automotive. His responsibilities include programming, networking, and keeping seven lines of production running smoothly.

As Seth prepared to walk across the stage at this year’s graduation, he said he had no regrets. He’s done what he set out to do. He says life is about dealing with change, but one thing remains constant: family comes first.

ECPI University President’s Message to Graduates: Be a Lifelong Learner

Be the first to comment on "A Brother’s Love: ECPI University Student Exemplifies the Meaning of Family"