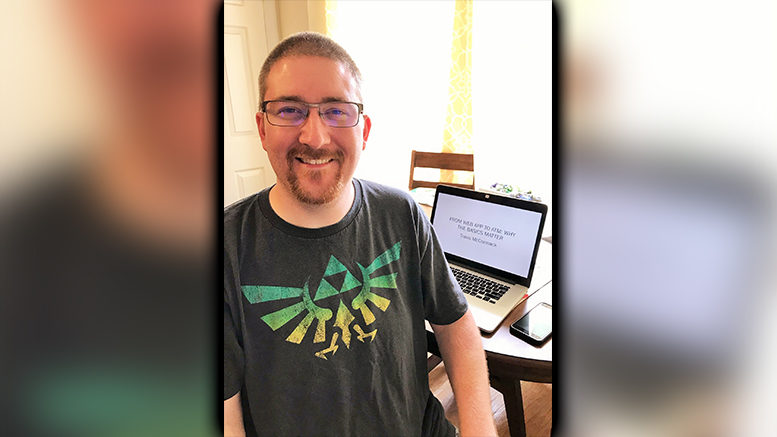 Travis McCormack is about as satisfied with his career as anyone you will ever meet. Raised just outside Richmond, he attended Chesterfield County Public Schools’ Career and Technical Center where he developed a passion for computer and information science. When he graduated from high school, he knew just what he wanted to do, and enrolled at ECPI University’s Richmond/Moorefield campus where he earned an Associate’s degree in Networking and Security.

Going straight to work as a networking technician, Travis enjoyed his work, and set some big goals, but ran into a bit of an obstacle. “As I started to advance, I kind of hit a wall,” says Travis. “I kept competing for jobs with people who had bachelor’s degrees.” He knew he had to return to school, but he did not want to rearrange his life to accommodate an on-campus degree program.

[Tweet “Travis returned to ECPI University, but this time he enrolled online and quickly earned his Bachelor’s degree in Network Security.”]

Travis returned to ECPI University, but this time he enrolled online and quickly earned his Bachelor’s degree in Network Security. “From that point forward, my career exploded,” he says. “I have greatly increased my salary and have landed my dream job.”

[Tweet “The education I received at ECPI has allowed me to smash through every goal I have set for myself, and then some.”]

“ECPI University was absolutely the launch pad for my future,” says Travis. “The faculty was incredibly knowledgeable and I got a lot of one-on-one attention. And I could always get help when I needed it.

“Because my teachers had actually worked in the real world, they were able to use tangible examples, things they experienced, to the classroom and that really made the learning practical and something we could apply once we graduated. In my capstone class, we had to build a fully-functional network.

“Right now, I could not be happier. The education I received at ECPI has allowed me to smash through every goal I have set for myself, and then some.”

Positive Changes in the Community Start at ECPI University

Making Connections in the Community with Education Partnerships