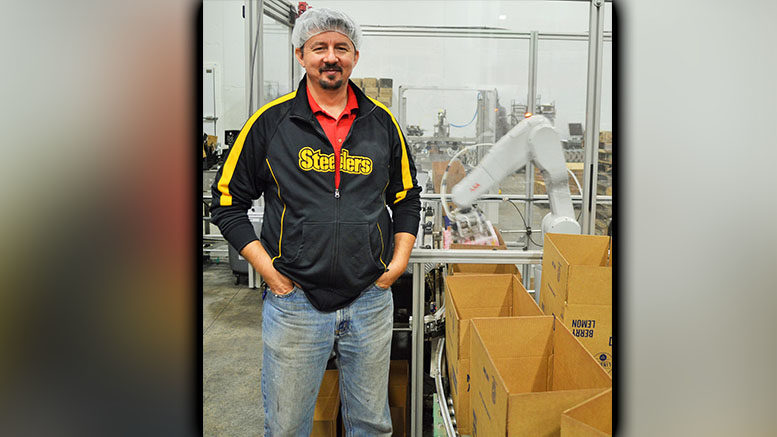 You could say William Parton is a jack of all trades. After leaving the Marine Corps, he went to school to learn welding, then auto body repair. After that, he learned plumbing and carpentry. He’s the kind of person who is very handy around the house. Unfortunately, William was unable to spend much time at home. His jobs always required him to travel all over the country. That took its toll on family life. After his divorce, he knew he had to make a change, and certainly needed to spend more time with his son.

That’s when William started looking for a new career. “I was making a good living, so I wanted to do something that paid at least as well, but allowed me to stay close to home,” he says. “It also needed to be something that had a future, a career field that was going to be around for a while.”

[Tweet “It also needed to be something that had a future, a career field that was going to be around for a while.”]

One other thing William was absolutely certain about: he did not want to spend four years in college. When he learned about ECPI University’s year-round, accelerated programs, he knew that was exactly what he was looking for. And when he discovered that the Electronics Engineering Technology program could prepare him to work with automated and robotic systems, he knew he had also found the right career path.

“My experience at ECPI University was excellent,” says William. “The faculty really know what they’re talking about. They don’t just teach from the book. They’ve had real-world experiences and can expand on what they are teaching by providing first-hand examples. Whenever I learned something new, I could imagine myself actually applying what I was learning once I was out in the workforce.”

[Tweet ““My experience at ECPI University was excellent,” says William.”]

After graduation, William went to work for AFI Systems in Charlotte, a systems integration company with projects ranging from simple motor and drive retrofits to complete production line upgrades, utilizing the latest in PLC, HMI, and motion control technology. He recently completed a robotic packing system for Lindy’s Italian Ice. “That was a lot of fun,” says William. “I designed and installed the entire system from the ground up.

“This kind of work is like the best of all worlds. I like to work with my hands, but I also want to use my brain. This profession requires plenty of that. I love where I work. I feel valued for my talents and there’s always a new challenge on the horizon. I guess you could say there’s never a dull moment.”

Military Service Member, Landon Combs: In His Own Words