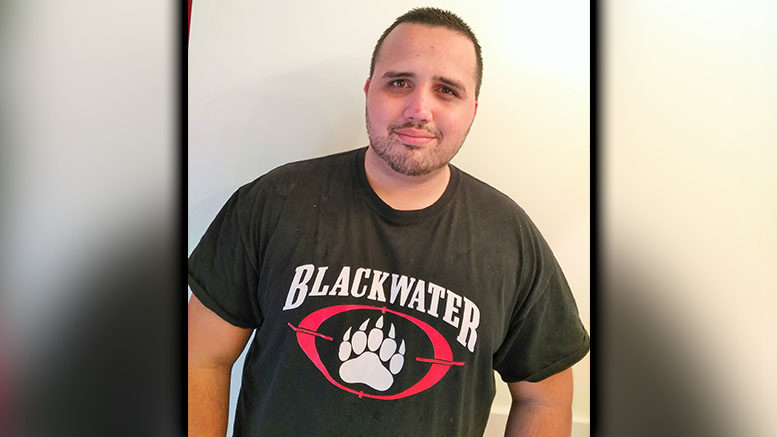 It could be said that Armando Valentine is a tough guy, both physically and mentally. After high school, he joined the Marine Corps and became a combat vet in Afghanistan. When he left the Marines, however, he got a big dose of reality. Because he was trained exclusively for combat, he knew how to do one thing, and one thing only. “Those aren’t the kind of skills that translate very well into the civilian world,” says Armando.

For a while, life appeared bleak. At one point, he and his family were homeless. Eventually, he found work in South Carolina, but the pay was low. His wife encouraged him to consider using his G.I. Bill and go to college. So, he started looking at schools. One day, he found himself talking with an admission advisor at ECPI University’s Charleston campus.

“I figured I should look at criminal justice programs,” says Armando. “It’s kind of the closest thing to what I did as a Marine, but my advisor encouraged me to use this moment in my life to really consider all of my options. I told him how much I enjoyed computers, but didn’t think it would ever be anything more than a hobby. The more we talked, the more I realized I could choose to become whatever I wanted. So, I enrolled in the Network Security program. I felt so comfortable there from the moment I stepped foot on campus. So many of classmates were veterans just like me. Many of the faculty were as well. Having that kind of brotherhood as a support system meant a lot.”

[Tweet “I told him how much I enjoyed computers, but didn’t think it would ever be anything more than a hobby.”]

Armando quickly earned his Associate’s degree, and got a job working at a help desk. During that time, he continued his studies, earning his Bachelor’s with not one, but two concentrations, Cyber and Network Security and Cloud Computing.

He has since moved to Northern Virginia to work with Northrop Grumman and is now a cybersecurity engineer. Moreover, he has more than tripled his income since the day he first began that help desk job just a few years earlier. “When I first left the Marines in 2012, I could have never imagined the kind of life I have now,” he says. “It’s not just the money – which is nice. It’s the kind of work I get to do. I like solving problems. Each day, I can look back and see the results of my work.

“This whole experience has given me the confidence to set big goals for myself. Someday, I know I am going to be the Chief Security Officer for a major company. And I can say with total certainty that enrolling at ECPI University was one of the best decisions I have ever made.”

Making a Difference in the World by Reaching Out