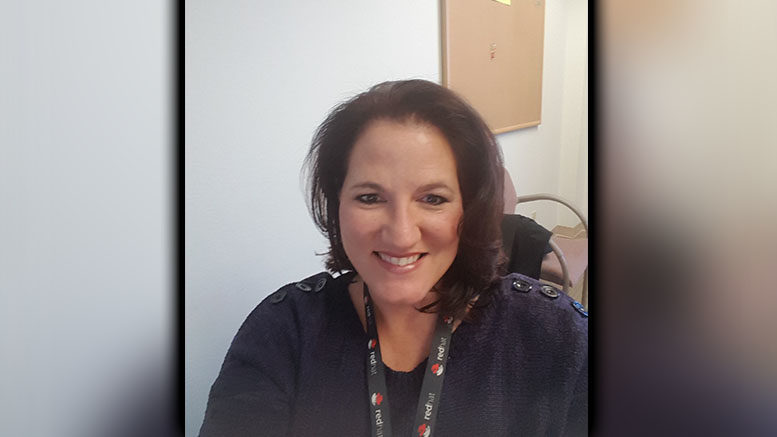 Imagine stepping out of a room and returning only to find everyone speaking another language, one that is completely foreign. For Deborah Meighan, that’s sort of what happened. She was once an IT professional, working on mainframe computers for the Air Force. In 1994, however, she left the service to raise her children.

In 2004, she thought it was a good time to return to work, but the job she once held had changed…dramatically. “It was nothing like before, that’s for sure,” says Deborah. “I wouldn’t say the IT profession had passed me by, but I certainly did have some catching up to do!”

Deborah knew there was only one choice: go back to school. A traditional college or university was not an option. She did not want to spend another four years away from her profession. That’s when she learned about ECPI University’s accelerated, year-round program. “I think if I had gone to a traditional four-year school, I would have lost some of my intensity,” she says. “I was ready to return to my career, not become a professional student.”

[Tweet “I think if I had gone to a traditional four-year school, I would have lost some of my intensity.”]

Deborah enrolled at the Newport News campus and graduated with a Bachelor’s Degree in Network Security in just 2.5 years. What’s more, she had a job waiting for her the moment she graduated. “A contractor at Fort Eustis visited our campus to hire a technical support specialist,” she says. “If ECPI University did not have such a solid relationship with the Army, I would have never had the opportunity to compete for that job.”

Deborah moved to the Training Brain Operation Center which supports TRADOC with simulation and training scenarios for deploying soldiers. There, she performed system administration, training, and information assurance for NIPR, SIPR, VMware, and Linux systems. Until this past summer, she was in charge of cyber training for the Air Force’s cyber operators in San Antonio, Texas, but was recently promoted to software test engineer.

[Tweet “I stood out as an African-American woman. I knew I just had to work hard.”]

“My degree, along with the certifications I have received while attending ECPI University have played a critical role in my ability to compete for many positions,” says Deborah. “I continue to earn professional certifications, so you can be sure I will never be behind the curve again!”

Clearly, Deborah’s career is advancing at a very fast pace. How does she account for it? “I just keep pushing and pushing,” she says. “When I got into this profession, I stood out as an African-American woman. I knew I just had to work hard. I still work hard to keep up with these young folks who are now working their way up. I will say this: I have been blessed by God. He always seems to open a door at just the right time.”