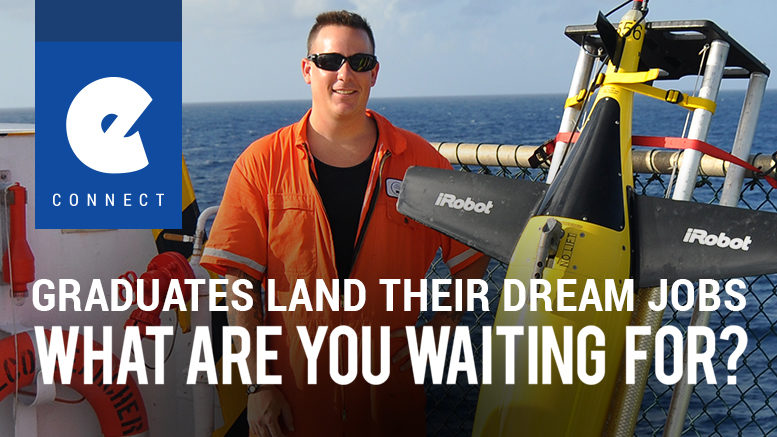 Virginia Beach Grad Travels the World in Search of Oil 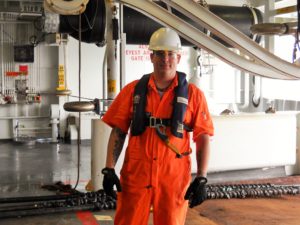 It’s been said that an education is what one makes of it. By that definition, James Lambert has gotten as much out of his as seems humanly possible. An Army vet, he says he returned from Iraq and began working a series of jobs that led nowhere. His prospects began to improve, however, once he enrolled in the IT Networking & Security Management program at ECPI University’s Virginia Beach campus.

In 2007, he was nearing graduation and met with his career counselor on campus. “I had recently met an ECPI alum who was now working for the oilfield service giant Schlumberger,” says James. “I asked if she could help me do the same thing. A week or so later, I had a telephone interview, and another week later, I was being flown to Houston for a more formal interview process. While there, I learned of a company owned by Schlumberger, called WesternGeco, which did all of the actual geological exploration in pursuit of natural gas and oil deposits, and asked to be considered for a position.

[Tweet “I had recently met an ECPI alum who was now working for the oilfield service giant Schlumberger.”]

“Fast forward two months, and multiple offshore safety training courses later, I found myself on the M/V Ocean Odyssey in the middle of the Gulf of Mexico as a member of a deep ocean survey crew! You may wonder how I have a geology-related job with an IT degree. You see, the technical knowhow of being able to achieve such a degree in an accelerated manner is what got my foot in the door.  Because of that, I was able to become a Vessel Network Administrator for multiple remote offshore sites.”

James says his career has taken him to places he could never have imagined, both literally and figuratively. “I found myself working all over the world, from Singapore to the Arctic Circle, Sri Lanka to Halifax, Madagascar to Malta,” he says. “Each trip out was as adventurous as the one before, working with multiple nationalities (sometimes up to 14 on a single vessel), in remote, sometimes unforgiving ocean locales, and doing some seriously interesting work.

[Tweet “I found myself working all over the world, from Singapore to the Arctic Circle, Sri Lanka to Halifax, Madagascar to Malta.”]

“The lifestyle my education has provided also led me to meeting my fiancée and mother of my daughter. She is a marine biologist, and the nature of her work now has us living in the United Kingdom. I’m now a Geophysical Engineer with Gardline Geosurvey Ltd in Great Yarmouth, UK and still doing ocean bottom subsea surveys, but now with vastly different tools. I truly owe where I am today to hard work, but also to the great education I was able to benefit from by attending ECPI University.”

Military Service Member, Landon Combs: In His Own Words