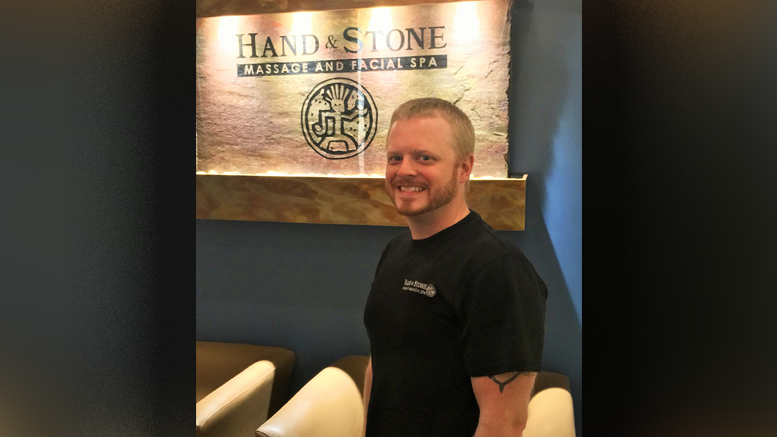 Whether it’s an injured athlete or a senior citizen fighting off the effects of age, they’re in good hands when they’re on Kenny Stevens’ massage table. The 2010 Massage Therapy graduate knows what it’s like to overcome pain. At 12 years old, he was diagnosed with DYT1 generalized dystonia, a movement disorder that affects walking due to the twisting of the lower body and legs. As a result, he spent the majority of his teenage years and young adulthood on crutches.

After high school, Kenny struggled to find his purpose. He spent several years in community college, eventually earning an associates degree. He worked briefly for the government, but was unfulfilled. Finally, he decided to give school another try and enrolled at ECPI University’s Richmond/Moorefield campus.

[Tweet “”I could not have done it without ECPI University.””]

About midway through his program, Kenny’s dystonia spread with a vengeance throughout his body, forcing him to suspend his studies. “After six months of agonizing pain I had a neurostimulator implanted in my brain,” says Kenny. “It’s a treatment for Parkinson’s disease, but it can work for dystonia as well. After a successful operation and rehab, I decided to finish my massage training and returned to campus. The teachers were very supportive and understanding. With their support and support of family and friends I finished the program, was accepted into the National Technical Honor Society, and graduated in fall of 2010.”

Since then, Kenny has become a top therapist in skill and popularity among clients wherever he has practiced. While he enjoyed his work, he knew his body could not handle working full-time much longer. So, he returned to ECPI University and earned his Bachelor of Science in Business Administration last fall.

“I would like to stay in the field and have considered teaching or transitioning into spa management while still practicing part time,” says Kenny. “I am also helping my wife, who also graduated from ECPI’s massage program, to get her personal massage business up and running. I don’t know where the road will take me but I do know I have the necessary tools to be successful in whatever the future may hold. I could not have done it without ECPI University.”