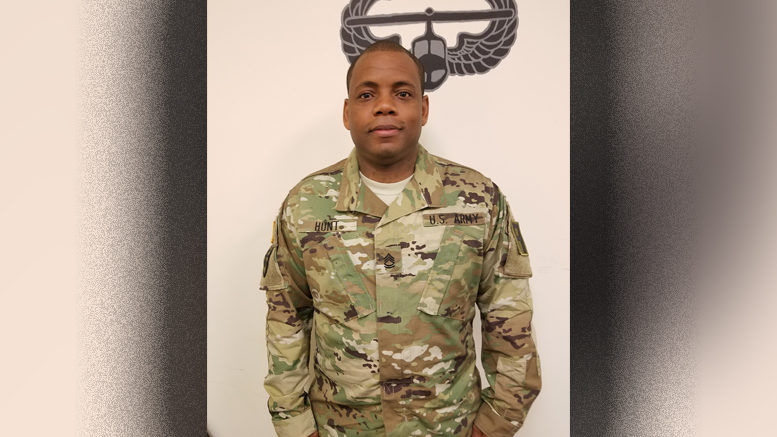 Growing up, John Hunt says he had an advantage, most notably, two supportive parents who made sure he was well cared for and properly educated. Like his father, John joined the Army. After eight years on active duty, he switched to the reserves, but soon after was called back to active duty.

Over the course of the next twelve years, that became a familiar pattern. Before he was able to transition to civilian life, he kept getting called back, but you will never hear John complain. “I was always ready to answer the call,” says John. “It has been, and continues to be, a great honor to serve my country.”

Now as he enters his last few years as a reservist, John is preparing for a civilian career. He enrolled at ECPI University’s Richmond/Moorefield campus to study Network Security. He’s already earned his associate’s degree and is closing in on a bachelor’s. As much as he’s learned as a student – and as rewarding as it has been – he says he’s been especially blessed by an unexpected experience.

[Tweet ““It has been, and continues to be, a great honor to serve my country,” says John”]

An organization called Higher Achievement visited campus looking for mentors. Formed in 1975, the group operates after-school and summer academies, as well as mentorship programs. Signing up was an easy decision. “I look at the news, and I see the perception of a lot of African American males in this country and I don’t like it,” says John. “I wanted to try to change people’s perceptions, and it starts with young people.

As a mentor, John volunteers at the after-school academy tutoring students in English and vocabulary. “Many of these kids do not have a father in their lives, so I try to pass along things I learned from my father,” he says. “His biggest thing as I was growing up was that you have to pick yourself up. When there is adversity, you have to be able to pick yourself up because a lot of times there’s not going to be anybody there.”

Like any good mentor, John finds ways to sneak life lessons into subjects like English and vocabulary. “I figure if they see me preaching about education while still talking about sports and other things, it gives me the opportunity to set an example.”

And here’s one more thing about John: he does all this while being a husband, father of four, and full-time student. “There’s always time,” says John. “These kids are counting on me and I will not let them down.”

Teamwork is a Skill: A Message from ECPI University President