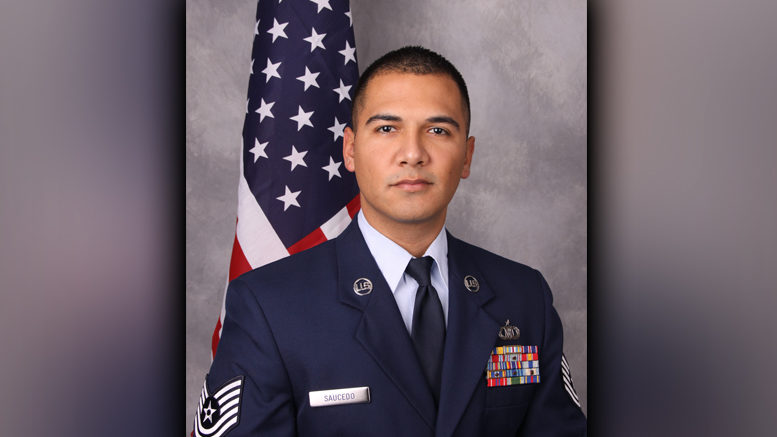 When Alex Saucedo was growing up in Texas, his high school offered a special concentration in healthcare. He enrolled and did well. Yet when graduation loomed, he knew he was not ready for college. Instead, he joined the Air Force, and for 15 years he worked with aerial space control and weapons systems. He earned the rank of Master Sergeant. All the while, he kept thinking about a career in healthcare. Specifically, he wanted to be a nurse.

[Tweet “He earned the rank of Master Sergeant. All the while, he kept thinking about a career in healthcare.”]

After consulting with his squadron commander at nearby Langley Air Force Base, Alex enrolled at ECPI University’s Newport News, Virginia campus and began taking night classes. “I really liked the accelerated pace, and the support I received from the faculty was above and beyond,” says Alex. “Sometimes, it was like drinking water from a firehose, but I like to push myself!” Alex certainly did that. He completed both his Associates’ and Bachelor of Nursing degrees in just 36 months, making him the first in his family to earn a bachelor’s degree. Moreover, coming from a long line of military men, he will also be the first person in his family to be a commissioned officer.

While he looked forward to becoming a nurse, Alex did not want to leave the military to do so. If he were to remain, he would have to enter the Nursing Transition Program – easier said than done. This year, there were only 23 slots available – in the entire Air Force. What’s more, the clock was ticking. To be eligible, applicants could have no more than 15 years of service. When Alex was selected, he had served 14 years, 11 months.

Currently, Alex is working at Children’s Hospital of the King’s Daughters in Norfolk, Virginia as he awaits Commissioned Officer Training (COT) School. He says he is grateful for the opportunity to continue his service and care for his fellow warriors as they return from the battlefield. “I have always loved helping people, and I love the science behind it,” says Alex. “At the end of the day, I like going home knowing I have helped somebody. I feel like I’ve earned my paycheck.”

Be the first to comment on "For ECPI University Graduate, Timing is Everything"