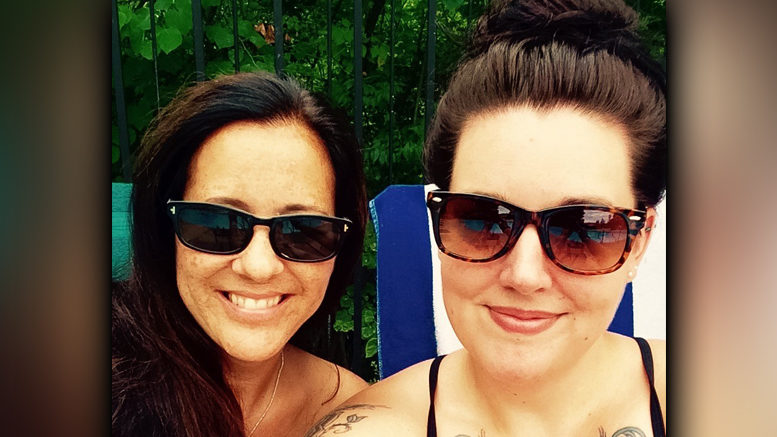 After completing her Medical Assistant program at ECPI University, you could certainly understand why Joelle Spencer might want to take a little break. With her going to school, working a full-time job, and taking care of her two young daughters, the past couple years had been fairly hectic. Yet, Joelle says there was no time to rest. “I finished my clinical rotation on a Sunday, and on Monday I flew to Ohio to prep for surgery.”

This trip had nothing to do with a new job. She wasn’t going to assist with a medical procedure. Weeks earlier, Joelle had learned that she was donor match for someone who desperately needed a new kidney. That someone was her aunt who suffered from a genetic disorder – polycystic kidney disease – as do all but one of her aunt’s siblings.

With only a two percent chance that she would be a match, Joelle says the role she played in saving her aunt’s life seemed destined to occur. Ironically, she was working on a research paper at ECPI on this very topic when she learned that her aunt was down to seven percent function – end-stage kidney failure. After 26 years of fighting this disease, Joelle now had the power to give her aunt the gift of life and a quality of living she had not known for a very long time.

“I know she would have done the same for me, so I certainly was going to do it for her,” says Joelle. Now almost fully recovered, both patients are doing well. She and her aunt now talk more than ever. “I call her all the time and ask ‘how is our kidney doing?’”

With a job waiting upon her return, Joelle begins her healthcare career with a perspective few can match. “While I am grateful that the surgery went well, the level of care and compassion we received at my aunt’s hospital was not the best,” she says. “I want to give my patients the kind of care we should have received. People who find themselves in that kind of situation are vulnerable and need to know that you care and that you will listen to them. Knowing what I now know, I will never let them down.”