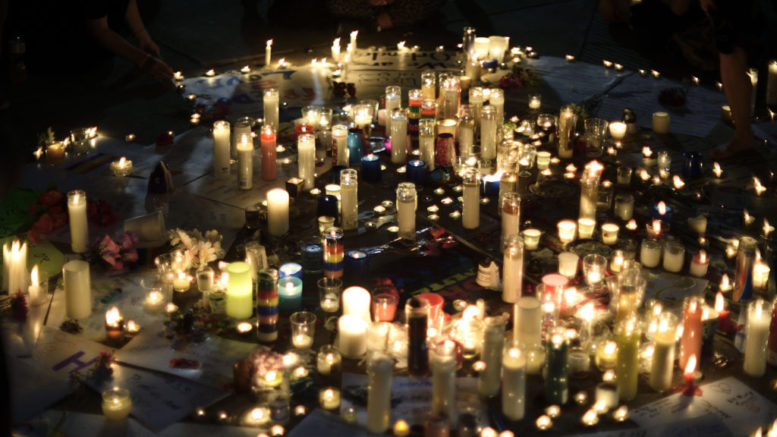 On June 12, 2016, a single gunman entered the Pulse nightclub in Orlando, Florida and opened fire. Over the course of several hours, he killed 49 people and wounded 53 others. Most of the injured were taken to Orlando Regional Medical Center. Among the many medical professionals working those early morning hours were nursing students from ECPI University’s Orlando campus. They were there to complete their final clinical rotation.

“It’s difficult to imagine the level of trauma and anguish they encountered that night,” says Campus Program Director Anthony Pennington. “Throughout this ordeal and its aftermath, we had several students providing care to the victims. It was a horrible scene, but I can say that I am immensely proud of our students for the professionalism and caring nature they exhibited.”

[Tweet “”It was a horrible scene, but I can say that I am immensely proud of our students for the professionalism and caring nature they exhibited.””]

Zachary Robbins was one those students. “I had so many emotions running through my head…sadness, helplessness, anger. But I also felt blessed and honored to extend care and compassion to people who really needed it.”

While this was a horrific event, it was also one that will leave lifelong lessons imprinted on each student. Says Anthony Gustitus, “seeing the positive progression of my patients’ health was one of the most rewarding experiences I have ever had. I cannot describe the feeling of hope and inspiration one particular patient’s story has instilled in me.” Another student, Daniel Thompson, added that he was “honored to be part of the healthcare team and learned more in two days than at most any time up to that moment.”

Juan Guerrero was surprised by how one of the Pulse victims took such an interest in him, a student nurse. “He thanked me and started talking to me about my school, where I was from, future career goals, etc.,” says Juan. “He said that he was very thankful for the nurses on his floor because they had been so compassionate and caring.”

[Tweet ““He said that he was very thankful for the nurses on his floor because they had been so compassionate and caring.””]

Anthony Pennington says ECPI University’s nursing students never cease to amaze him with their compassion, clinical proficiency, and dedication to the nursing profession. “Our students are simply phenomenal and we are privileged to play a part in educating these amazing individuals and assisting each and every one of them in becoming the best possible registered nurse they can be,” he says. “It is in times of crisis, such as with the Pulse shooting, that we become even more readily aware of how truly extraordinary our students are.”

Zachary Robbins may have summed it up best. “Seeing my patient at his worst and his family distraught was emotionally taxing,” he says. “All I could do was provide comfort, information, and the best possible patient care I could offer.  But witnessing a man overcome all odds, endure such pain, fighting for his life that another tried so maliciously to take from him, was truly inspirational. Thank you to the family for allowing me to care for their loved one. It was an honor.”

For ECPI University Graduate, Timing is Everything