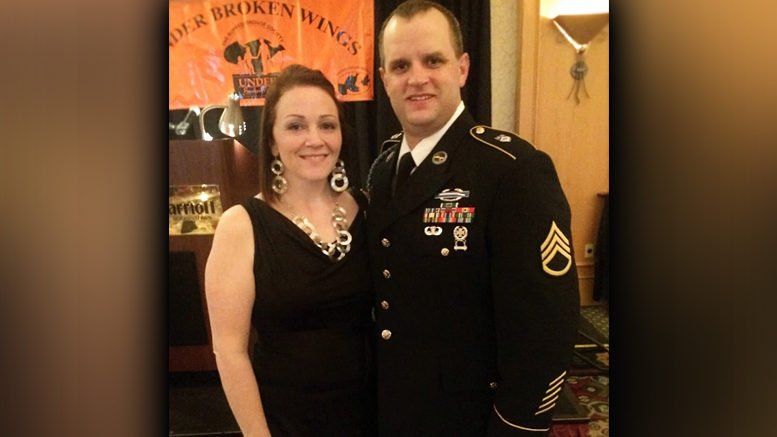 Robert Isabella had a simple plan: Stay on active duty until the U.S. Army told him it was time to go. “I loved being in the Army,” says Robert. “And I thought retirement was still a long way off.” That was until one day in 2011 when the Airborne infantryman was performing a jump exercise and broke his back. After more than a year of medical care and rehab, it was determined that Robert would be transferred to the Warrior Transition Unit. There, he would prepare to re-enter civilian life.

At first, Robert decided he would take his time figuring out what to do next. “I have five kids, but being on deployment so often, I only saw two of them being born and only one take their first steps,” he says. “I missed a lot, so I figured I would take a year off and get to know my family!”

Being a man of action, it did not take long, however, before Robert was going stir crazy. “It was a rough period of time,” he says. “I really missed being in the Army. I felt like I didn’t get to finish what I’d started. I had to come up with a new plan. I knew at some point I would probably need to go back to school.”

[Tweet “”I had to come up with a new plan. I knew at some point I would probably need to go back to school.””]

When his wife accepted a nursing position in Chesapeake, Virginia, Robert learned about ECPI University and was immediately attracted to the accelerated format. “I like being busy,” he says. “Even in high school, I always worked two jobs. I really enjoy ECPI University’s fast pace. It fits the military mentality – there’s a job to do, you get it done, and then you go on to the next thing.”

Robert enrolled at the Virginia Beach campus, and by taking additional classes online, he is on pace to complete his Bachelor of Science degree in Business Administration with a concentration in Accounting in just two years. As busy as he is, he still finds time to participate in Student Veterans of America (SVA), currently serving as chapter president.

“Being a part of SVA has meant a lot to me,” says Robert. “I was in the Army for more than two decades, of which I spent 14 years in a leadership capacity. It’s important to me that I can be of service and help newer veteran students make the transition to academic and civilian life.”