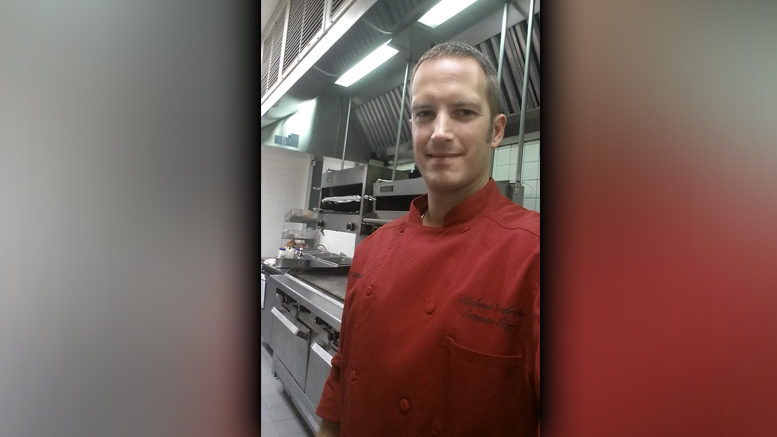 How One Graduate Hit the Reset Button on His Career

There are many things to be learned in college. Sometimes students must first learn what it is that they don’t like. That’s what happened to Michael Hendricks. Coming out of high school, he thought he wanted to pursue a career in law enforcement, so he enrolled in the criminal justice program at a local university. Not long after, he realized it just was not for him.

Throughout high school and college, Michael had always worked in restaurants and really enjoyed it. One day, he was watching the news and learned about a new culinary school in town, Culinary Institute of Virginia (CIV) – and decided to take a look. “It didn’t take long for me to decide what I should be doing,” says Michael. “I’ve always been a visual learner, and I realized that at CIV, I could literally see and taste my way through school! My experience at CIV was really great. It was all very hands-on, lots of engagement, and the chefs on faculty were the best.”

[Tweet ““I’ve always been a visual learner, and I realized that at CIV, I could literally see and taste my way through school!””]

After graduating, Michael began working in restaurants, including a stint as chef de cuisine at Coastal Grill, where his crew won several Platinum Plate Awards. While he enjoyed the restaurant scene, an opportunity came up in business dining and he hasn’t looked back since. Michael has managed restaurants at NATO Headquarters, Geico, and Stihl before accepting his current position with Aramark as food service director at Avis Budget Group in Virginia Beach. There, he oversees breakfast and lunch, as well as all catering for the 500 employees on site.

[Tweet ““I had such a good experience at Culinary Institute of Virginia. At some point, I’ve got to pay it forward.””]

“I could not be happier,” says Michael. “Most of us have to work for a living, so you might as well do something you love. Even though I am in management, I still spend plenty of time in the kitchen cooking for our guests and training culinary interns and new employees. I also like to spend time in the dining area, meeting customers and finding out what we can do to give them the best experience possible.”

Eventually, Michael says he wants to become a culinary instructor. “For me, there’s just a natural desire to share what I’ve learned,” says Michael. “I had such a good experience at Culinary Institute of Virginia. At some point, I’ve got to pay it forward.”