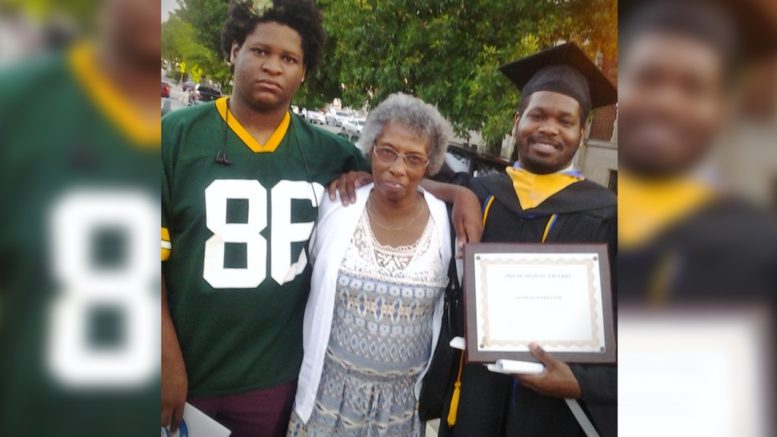 Quinten Miller is the kind of person you root for. A volunteer wrestling coach, tutor, and a deacon in his church, he always tries to do his best for himself and others. Which makes the tragedies that he has endured all the more heartbreaking.

Described by his parents as curious at an early age, Quinten loved taking things apart and putting them back together. So, it came as no surprise when he decided he would pursue a career in electronic technology. After earning an associate’s degree, he enrolled at the Greensboro campus and began pursuing his Bachelor’s degree in Electronics Engineering Technology with a concentration in Mechatronics.

Halfway into the program, Quinten’s girlfriend and her son died. Shortly thereafter, two of his aunts also died. Then in December, he was involved in a serious car accident. With so much misfortune in such a short period of time, no one would have blamed him for dropping out of school. Yet, Quinten carried on. “My family had always had my back from day one,” he says. “They just kept pushing me forward. Without them, I don’t know what I would do.”

[Tweet ““The faculty and staff were amazing…that’s all I can say, just amazing,” – Quinten Miller, Mechatronics Graduate Greensboro Campus”]

That support continued via Quinten’s extended family on campus. “The faculty and staff were amazing…that’s all I can say, just amazing,” he says. Quinten participated in this summer’s commencement ceremonies, but still has one more term to complete. Then, he says he’s ready for a new beginning. And he need not worry about finding a job. There’s one already waiting. In September, he’s moving to Las Vegas to begin work as an Electronics Technician with JT3, a major contractor with the U.S. Department of Defense.

“Quinten’s dedication to his job search never wavered,” says Greensboro Campus Career Service Advisor Kristina Swenk. “Despite having setbacks, I never saw him get discouraged, not even once. He has been interested in JT3 since the very first time the company visited campus. Quinten focused intently on his studies throughout his time at ECPI with his goal clearly in mind. I’m so proud that he is finally realizing his dream.

While his story is one of heartbreak, it is also one of inspiration. He is a member of Phi Theta Kappa Honor Society, and at graduation, he received the Horizon Award, bestowed on the graduate who best exemplifies resilience in the face of adversity.

Quinten is always looking to talk with people who are considering college, and he’s quick to recommend ECPI University. In fact, he lives with his most recent recruit…his mother. She just enrolled in the Network Security program.

Be the first to comment on "ECPI University Student Graduates with Honors, Receives Horizon Award"