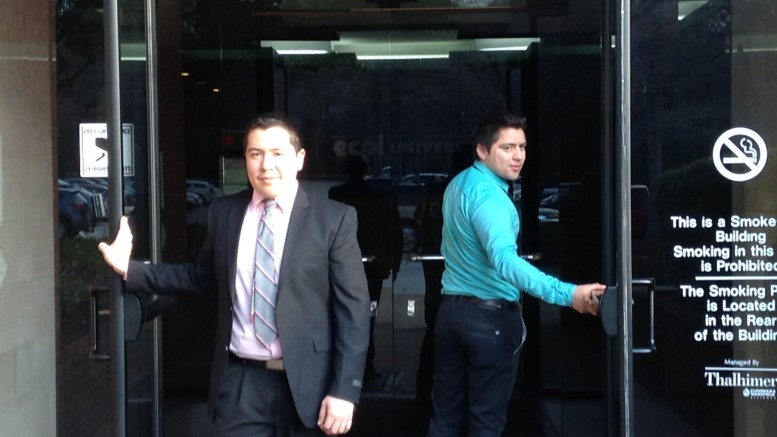 Throughout most of their lives, David and Daniel Bacsa have been living a parallel existence. As fraternal twins, they’ve been in the same classes since they were five years old. They both work at the same restaurant, and they both attend ECPI University’s Richmond/Moorefield campus. However, that’s where the similarities end, at least in terms of their schedules.

At O’Charley’s Restaurant, David works nights and Daniel works the morning shift which means David attends classes during the day studying Criminal Justice while Daniel takes night classes and studies IT Management. While one is coming, the other is going, but they’re okay with that. “We don’t really mind being on separate shifts because we were always in the same classes ever since kindergarten, but we still help each other if we need one another,” says David.

Of course, there are some similarities. Both are excellent students and plan to join the military after graduation, and each of them has truly embraced ECPI University. David is active in the Criminal Justice Club and Daniel recently received the President’s Award. What’s more, they each chose ECPI University for the same reasons.

“ECPI University had just what I was looking for,” says Daniel, “the career that I always wanted to pursue, the convenient time to attend, but most important, and what really caught my attention, was how fast I was going to be able to complete my degree. We both really like the hands-on learning, the resources that the library offers, the iPad learning experience, and the great help and tutoring we receive from the instructors.” David agrees and adds that it’s really refreshing that “you can go to school, learn, and still have fun doing it!”

Be the first to comment on "Twin Moorefield Students Maintain Opposite Schedules, Follow IT Management & Criminal Justice Tracks"