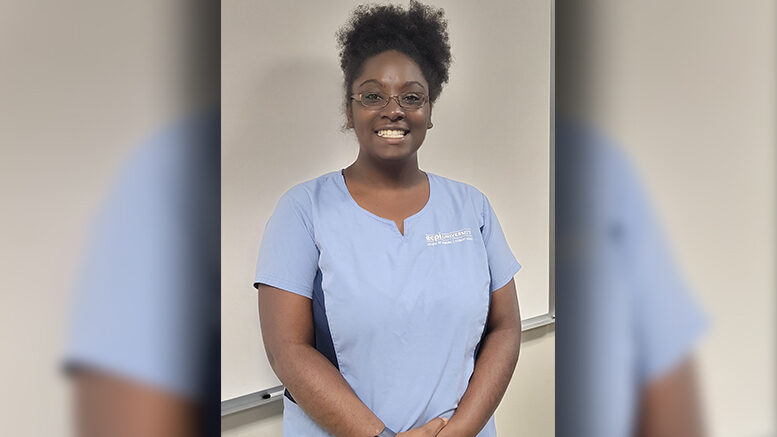 She arrived that Saturday in April at Midlands Health and Rehab just before 7:00 a.m., ready for her first 12 hour shift.

But It wasn’t long into the class’ shift that they looked in on one of their patients to find him actively having a stroke. Brenda and the other LPN students immediately alerted EMS, began taking vital signs, and performed a neuro assessment. Their teacher was there every step of the way.

“I was nervous because it was our first time doing clinical hands on with a real patient, but I couldn’t let the patient know I was nervous,” remembers Brenda. “I still felt prepared and just did what I had already learned in class.”

When the team of students began working on the patient, they soon realized that “his vital machine was broken. We had to do it all manually,” says Brenda. “We knew we had to do a head-to-toe assessment, including blood sugar, and get him laid down in bed.”

When EMS arrived, the students made quick work of passing along report, and getting the patient on the road to the hospital.

Columbia Campus President Jim Rund was pleased to get the news about how the nursing students performed. “Because of their hard work, the patient was transferred out within 30 minutes of the onset of his symptoms,” says Rund. “Calm and professional during the entire process, the students did an outstanding job caring for this patient.”