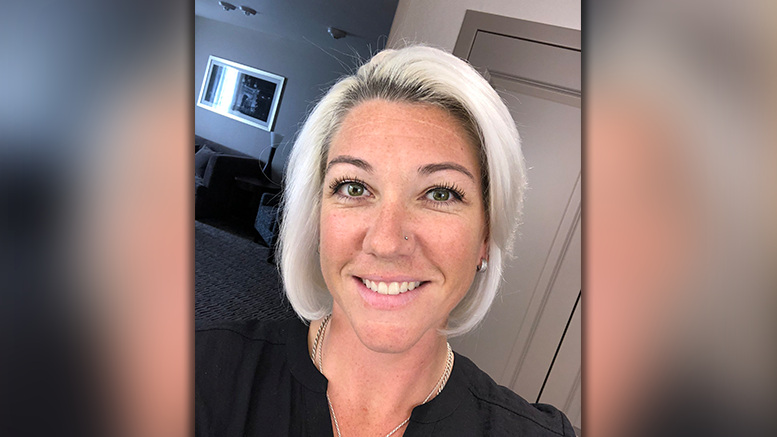 Electronics Engineering Technology Graduate Kathleen Tiaga in her Own Words

When I was in high school, I wanted to be a nurse. I had my heart set on going to a vocational school after graduating high school and getting my LPN, then going to a community college to get my RN. A few months after I graduated high school, I got pregnant. Needless to say, it changed my plans. My goal after that was to adjust to becoming a mom, and then go back to school and get my nursing degree when the time was right.

When my son was 11 months old, my husband got into a bad car accident, which put him in a coma for three weeks and then had him wheelchair bound for over a year after that. At this point, school was just not in the cards. Through having to take care of my family and being the only one working, I found a job that brought in more money than I could have hoped for without having a degree.

Over the last 13 years as an employee of Orbital Sciences, which eventually became Northrop Grumman, I was promoted and advanced, loving every part of what I did! My work has included inspections of both electrical and mechanical items, as well as large subcontract items that create the satellites that our company manufactures. After a while, I moved into a Supplier Assurance role where I traveled the world and inspected, audited, and worked with the suppliers that manufacture the components and larger builds they would ship to us to help manufacture those satellites.

I really enjoyed the engineering aspect of my job and all the electronics and components I work with. It was then I realized I wanted to be an engineer. The problem, at this point, was that I was doing all the work the others in my department were doing with the engineering title and pay, but I would never get that title or pay without going to school. Since the completion of my degree, I have been promoted to a Mission Assurance Engineer. There is still so much to learn, but I am eager and willing and cannot wait to see what the future holds!

College as a mother, wife, and having a full-time job was harder than I expected. My husband and kids are my biggest fans and have supported me through it all. They encourage me daily and challenge me to be better. At times when I have wanted to throw in the towel because the circuit I built was not working the way it is supposed to or things just get overwhelming, they pick me up and show me just how much I can do.

If I could offer one piece of advice to future students… BELIEVE IN YOURSELF!  I have shown everyone around me what I am capable of and am living proof of what can be done when you believe in yourself. I will not give up, I will not quit, and I have completed this degree program.

Be the first to comment on "Online to On-the-Job"