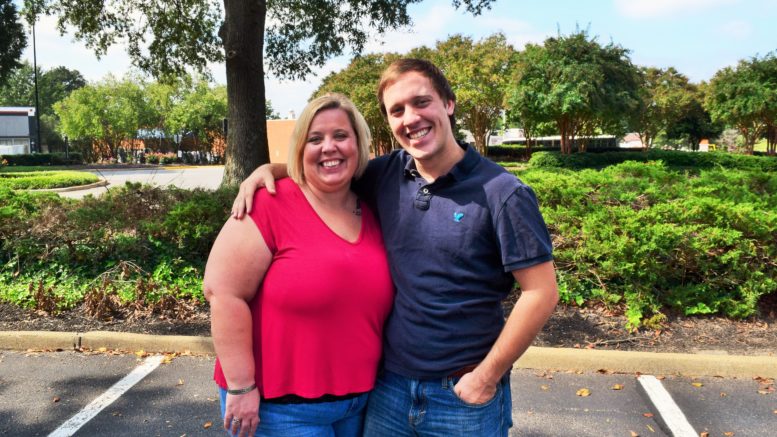 ECPI University has been a big part of Loretta Jones’ entire adult life. When she arrived here nearly 20 years ago, she began working in the financial aid office, then became a student as well, earning a Bachelor of Science in Business Administration. Throughout the years, she has risen through the ranks and become an essential part of the University.

Currently, Loretta works in quality control where she reviews students’ financial aid packages before they are sent off to the U.S. Department of Education. She also trains new hires and helps ensure that each campus’ financial aid department meets all compliance rules and regulations. What’s more, she has just completed her MBA right here at ECPI and hopes to begin working on her Ph.D. in the very near future. Aside from being an employee and graduate, she is also a tremendous ambassador for the school. Two of her sisters and a brother-in-law have become ECPI University graduates.

[Tweet ““It was an amazing externship. Then, I find out that I am going to work for the FBI…it’s like a dream come true!” ~Austin Jones, Cyber and Network Security Graduate Richmond/Moorefield Campus”]

Now, Loretta’s son is carrying on the family tradition. Enrolling just over two years ago, 20-year-old Austin is about to earn his Bachelor of Science degree in Cyber and Network Security from the Richmond/Moorefield campus. He recently completed a 10-week internship with the FBI in Washington, DC and has just been offered a job with the Bureau as an IT Specialist. Austin really stood out during his internship, being the only intern there who knew Linux. “It was an amazing externship,” says Austin. “Then, I find out that I am going to work for the FBI…it’s like a dream come true!”

One more thing about Austin, he is an Eagle Scout and will complete his studies with a 3.87 GPA. He’s also capping off his college experience as a participant in the study abroad program. This year’s destination: Italy.

[Tweet ““He told me that he thought Austin is very smart and really knows what he is doing.””]

Needless to say, his mother is proud. “The FBI held a family day this summer for its interns and I was able to meet Austin’s supervisor,” Loretta says. “He told me that he thought Austin is very smart and really knows what he is doing. I’ve always been proud of Austin. Ever since he was a child, he’s been ambitious. We never had to push him to do anything. Whatever happens, he always takes the ball and runs with it!

“I am especially pleased that he has been at the FBI representing ECPI University. I’ve always been proud of our graduates. Now to have a son as a graduate is even better!”

Connecting Students to the Community Begins On Campus

Be the first to comment on "Runs in the Family: ECPI University Graduate Watches her Son Graduate, Too!"