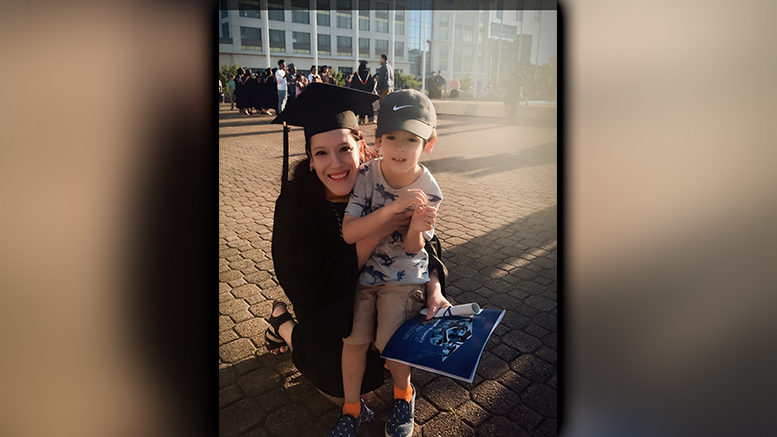 Gabriela Haffeman was searching for a new mission. She had spent six years in the military – including a tour in Afghanistan. Two years after returning to civilian life, she still did not know what she wanted to do going forward. While in the service, she worked as a dental assistant and really liked it, but one day she visited her local Veterans Affairs facility and experienced a moment of clarity. She believed veterans deserved better…much better.

“I knew I had to be a part of the change, to get my brothers and sisters better healthcare,” she says. “I knew if I was going to be part of that change, I would have to change my career path, but I also didn’t want to go to school for six years just to get a bachelor’s and a master’s degree.”

[Tweet “I knew if I was going to be part of that change, I would have to change my career path.”]

Gabriela enrolled in ECPI University’s healthcare administration program, completed her bachelor’s degree, and is now well on her way to earning an MBA online. Doing this required every ounce of discipline she had developed while in the military. She and her husband were raising three children, including a four-month-old, as well as one with special needs.

“With a new baby, I found myself doing my homework into the wee hours of the night, just so I could devote the day to my family,” she says. “The road was rough and many times I asked myself if I was crazy. I wasn’t crazy, just determined as all could be. The truth is that it doesn’t just take the entire village to raise kids, it also takes one to put a student through college!”

[Tweet “The truth is that it doesn’t just take the entire village to raise kids, it also takes one to put a student through college!”]

As an undergraduate, Gabriela landed a paid externship with the Consumer Product Safety Commission as an injury data analyst, and now as a grad student, she has been selected for a paid internship by Department of Health working closely with legislation.

When she completes her studies in December, Gabriela will have earned both her bachelor’s degree and MBA in just three and a half years. She says she’s looking forward to doing her part to help sick and injured veterans, adding, “I could not have done it without my ‘village’ of dedicated advisors, faculty, and program directors!”

Making their Mark in the World: ECPI University Making a Difference