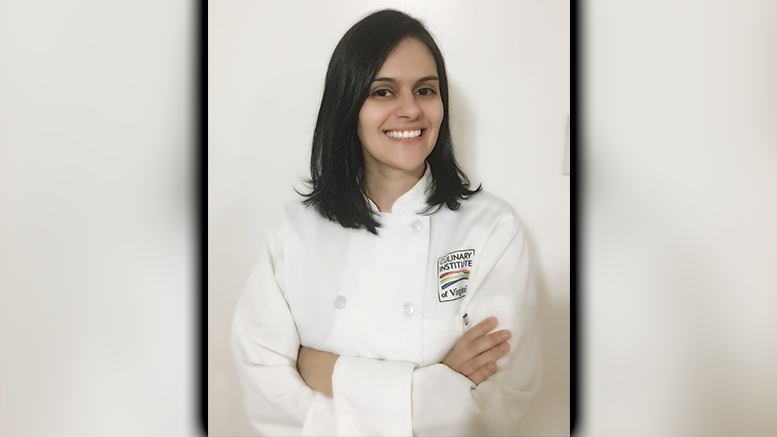 As a child growing up in Brazil, Marcia Bittencourt discovered early on her love of cooking, but never considered making it a career. She thought she was destined for the business world. After earning two undergraduate degrees in accounting and hospitality management, as well as a master’s in human resources, she was on the management fast-track and was about to be promoted.

Then, Marcia had an epiphany of sorts. She was spending just about every waking moment outside work in her kitchen. This hobby of hers was becoming a personal passion. So on the very day her boss offered her that promotion, she offered her notice. Marcia was going to culinary school. She already decided she wanted to find a school in the United States, but where?

“I visited Atlanta, New York, and Washington, DC, and it was no contest…DC was where I wanted to be,” says Marcia. However, she could not find a school in the Washington area that she liked. So, she began looking for schools in nearby states and found the Culinary Institute of Virginia (CIV). “It was exactly what I was looking for,” she says. “So, I sold everything I owned – my apartment, furniture, and car – and got a student visa.”

[Tweet “So, she began looking for schools in nearby states and found the Culinary Institute of Virginia (CIV). “It was exactly what I was looking for,” she says.”]

Once on campus, Marcia quickly made a name for herself, entering four campus cooking competitions, placing third twice, and first in the other two. She later got an externship with one of the region’s best restaurants, Steinhilber’s Thalia Acres Inn in Virginia Beach.

With graduation approaching, Marcia decided that she wanted to remain in America for at least one more year. In addition to extending her visa, she also had to renew her passport. That’s when she went to the Brazilian Embassy’s website and came across a notice that the Washington ambassador was looking for a new sous chef, but there was just one day left to apply.

Three days after she applied, Marcia had her first interview. Five days later, a second interview – this one with the ambassador himself. Forty-eight hours after that, she was asked to cook for him, along with several invited guests. Marcia served up squash, parsnip, and leek soup topped with ginger-flavored croutons as an appetizer, followed by an entrée of pork loin, roasted vegetables, and Duchess Potatoes, then sticky toffee pudding for dessert.

[Tweet “After receiving rave reviews from the ambassador and his guests, Marcia was offered the job on the condition that she could begin work in less than a week!”]

After receiving rave reviews from the ambassador and his guests, Marcia was offered the job on the condition that she could begin work in less than a week! She quickly packed up her limited belongings and moved into her new room at the Brazilian Embassy. “I can hardly believe it,” she says. “When the President of Brazil comes to Washington, I will cook for him. When heads of state and diplomats visit, I will help to make their visits memorable. It’s all so very exciting.”

Culinary Competition Series at Culinary Institute of Virginia: Best of the Bites