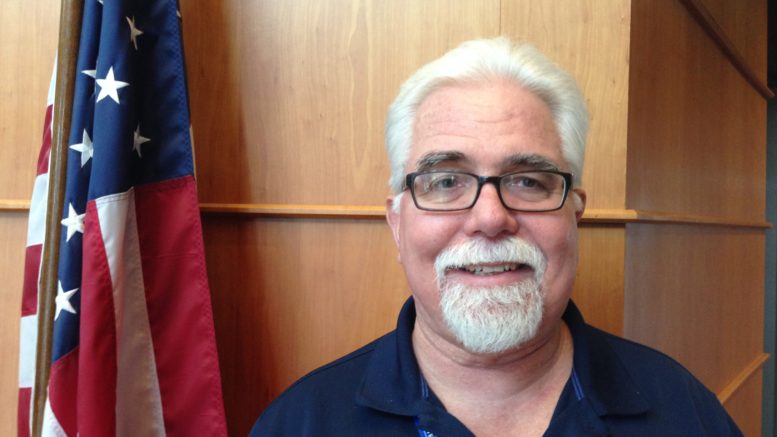 When Tony Rufi joined ECPI University in 1995, a fully digital world was a theoretical prospect. The 27-year Air Force veteran first began teaching as an adjunct professor, but after retiring from military service, he became a fulltime faculty member and was soon supervising all university curriculum. “At that time, I was asking myself, ‘what can I do to help ECPI add value to its curriculum?’” say, Mr. Rufi.

The answer came with the establishment of the Cisco Networking Academy which allowed ECPI University to offer specific classes in networking geared toward CCNA and CCNP Certifications…but that was just the beginning. Since then, Mr. Rufi has written or co-authored four books for Cisco Press covering Cisco Networking Academy courses in network security and networking fundamentals. These books have been translated into five languages – Spanish, German, Korean, Polish and Traditional Chinese – and have sold over 250,000 copies around the world.

[Tweet ““Rapid advances in technology have removed many of the ‘we can’t do that’ barriers. In a world where a $5 computer (Raspberry Pi 0) is possible, we need to teach students that anything is possible.” ~Tony Rufi, Newport News Campus Director of Academic Affairs and Director of Cisco Networking Academy”]

As an ITC, ECPI University can provide training, technical support, and ongoing professional development for – and approve – new instructors. As an ASC, ECPI University is the provider of baseline support and partners with academies to promote a quality student experience, sustainability, and student success.

What’s more, Cisco Systems has recognized the Newport News campus with the Cisco Networking Academy Award of Academy Excellence which recognizes overall quality in curricula, student success, and number of courses taught at the academy. In fact, Cisco has ranked ECPI University number one in the U.S. and Canada Region for curricula excellence for its CCNP program.

Mr. Rufi has just returned from his annual trip to Cisco Live, an annual gathering of networking professionals filled with training, education, and insights into the next phases of the digital revolution. “Being involved with Cisco and leading ECPI University’s participation in the Networking Academy has been such an enriching experience,” he says. “I am grateful ECPI has had the confidence in me to allow me to do this.

“We live in an exciting time, and the challenge we face in education is to prepare our students to not just think outside the box, but off the page. Rapid advances in technology have removed many of the ‘we can’t do that’ barriers. In a world where a $5 computer (Raspberry Pi 0) is possible, we need to teach students that anything is possible – we just need to change how we look at the world and its problems, and look for digitization solutions in all our processes.”

Be the first to comment on "Meet Tony Rufi, the ECPI University Cisco Kid"