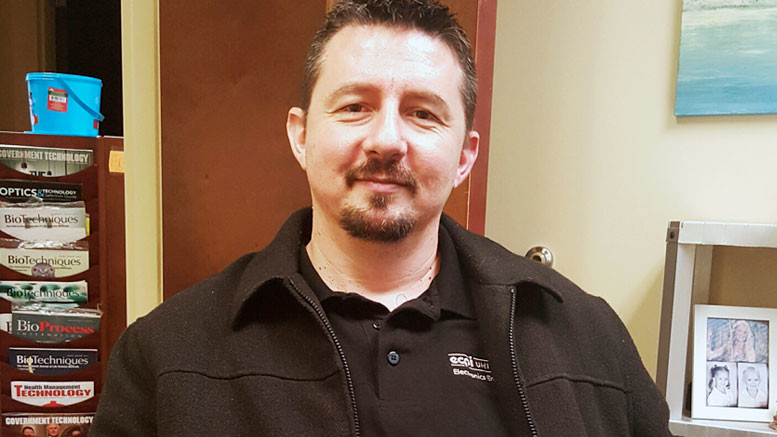 William Parton will be the first to admit…he was a restless soul. Since leaving the Marine Corps, he’s done a lot of things. Welding, plumbing, auto body repair, carpentry…nothing really seemed to click.

“I was a jack of all trades and master of none,” says William. “I was just unsettled.” Not long ago, he decided it was time to rethink his life, to look inward and determine what it was he really wanted to do.

William had long been fascinated by electronics and began researching colleges. “Being older, I didn’t have a lot of time to waste and I needed a flexible schedule so I can provide for my little boy,” he says. “ECPI University’s accelerated program was perfect for me.”

With the dedication and commitment you’d expect from a former Marine, William has flourished at ECPI University. Since enrolling in the electronics engineering technology program, he has maintained a 4.0 GPA, a significant accomplishment for most anyone, but even more so considering all of William’s other responsibilities.

He is a single father, works a full-time job, and cares for his widowed mother, all while maintaining a full class load.

“It’s a lot to juggle,” he says, “but the personal attention and support from my teachers and advisors make it manageable. I only average about three hours sleep per night but it will all be worth it. My daughter is just starting her life as an adult and my son is watching everything I do. I want to make sure I set a good example.”

[Tweet “”My daughter is just starting her life as an adult and my son is watching everything I do. I want to make sure I set a good example.””]