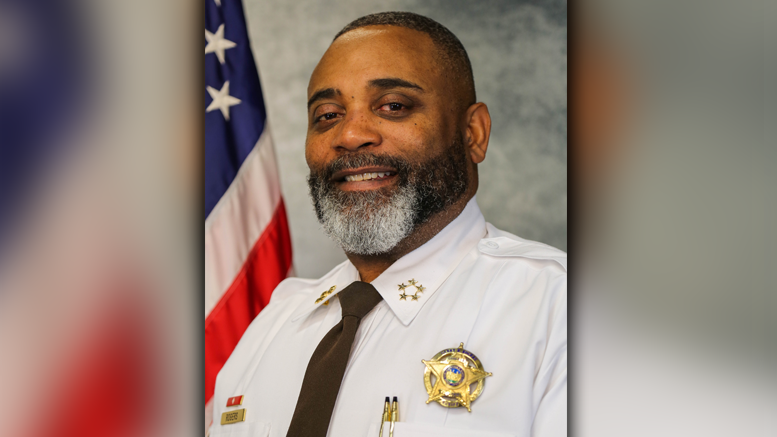 Growing up in the projects as one of three children, and being raised by a single mother, the future could have looked bleak for Danny Rogers. There were the ever-present gangs and money was almost always in short supply. Still, Danny had a beacon of light in the form of school crossing guards. They always seemed to look out after him. “They were police officers as well and would talk to me, even slip me a piece of candy here and there,” says Danny.

Those police officers served as role models and gave Danny hope. Fast forward many decades later, and that young man is now Guilford County Sheriff Danny Rogers, elected to office in 2018. The road from there to here was certainly not straight, but Sheriff Rogers will tell you that all of the twists and turns made him a better sheriff.

“Whenever they (ECPI University) want me to come speak, I am happy to do so. They really encouraged me at a time in my life when I needed it. That’s where I began the second part of my life.”

Coming out of high school, college was far from his mind. Besides, he didn’t like school much anyhow. What his mother and two sisters needed most was money, so he went to work in a series of jobs inside the area’s many furniture factories. “It was back-breaking work,” says Sheriff Rogers. “The pay was low, the hours long, and we were not treated well at all.”

Rogers then went on to manage a restaurant. None of the jobs Rogers had were fulfilling, but they provided the money his family needed. Then one day, he was called to jury duty and began a conversation with a deputy, asking him how he might join the sheriff’s department. One thing lead to another, and three months later, he was hired.

From there, Rogers went on to the High Point Police Department and was sent to Basic Law Enforcement Training. After a few years there and a subsequent return to the sheriff’s department, he left law enforcement to start his own business. Along the way, he earned a degree in theology which, for the first time in his life, sparked a desire for learning.

Fifteen years after leaving law enforcement, something happened. In the middle of the night, Rogers woke up and distinctly heard the word “sheriff” in his head. Eight months later, it happened again. He had thought about running for sheriff before, but that was many years ago. Being a man of faith, however, he did meet with his pastor to discuss what was going on, but eventually decided not to pursue it.

A few years later, a friend encouraged Rogers to take a look at ECPI University in Greensboro. In 2010, he enrolled and eventually earned his Bachelor’s degree in Criminal Justice in just 2.5 years. It was at that point he decided that the time was right. He would run for Guilford County Sheriff in the 2014 election. While it didn’t turn out like he had hoped – he lost by 6 ½ points – he remained undeterred and began his next campaign in January 2015, nearly four years before the next election.

“I went everywhere,” Rogers says. “I was an open book. I talked about my life…the good, the bad, and all the challenges I had faced. I am a big believer in transparency. I wanted people to know exactly who they were voting for. He even went on to earn his Master’s degree in Criminal Justice and Executive Management.

The next time, it was different. Sheriff Rogers won the election and was sworn in on December 3, 2018.  He is now leading a department of nearly 700 employees with a budget of $69 million. As busy as he is, he often comes back to ECPI University to lecture and speak with students. “Whenever they want me to come speak, I am happy to do so,” he says. “They really encouraged me at a time in my life when I needed it. That’s where I began the second part of my life.”

In his first year, Sheriff Rogers has made a lot of changes. “My faith informs all of my decisions,” he says. “We are developing a department that is much more inclusive of all types of people. We are giving people who may have been looked over before a chance to ascend into leadership positions.

“We are a team and we’re looking to create a collaborative work environment. We’re making changes in the jail to help inmates successfully transition back into society. I know change can sometimes create discord among some people, but I am not going to let that dictate my actions. I am not impressed by my own title and I am not going to let running for reelection interfere with what we do. What excites me is working together to make a difference. I have had incredible support from my wife and kids, as well as my faith community. With them alongside me, I will continue to do God’s work.”

Be the first to comment on "Greensboro, NC Alum Settling in as Guilford County Sheriff"