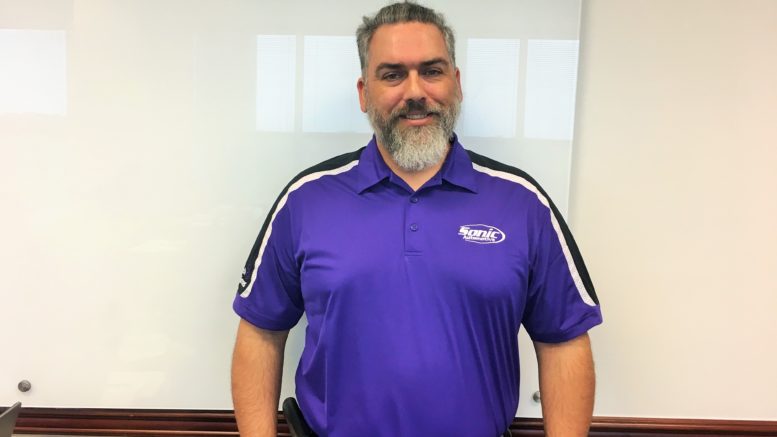 Chris McMahan has come a long way in a short period of time. Just one year after he enrolled at ECPI University in the software development program, Wurth Electronics Midcom has selected him as one of five national finalists for its Off-the-Clock Design Challenge. Billed as the premiere design challenge built for those who like to tinker, participants will be designing a wireless charging product.

Chris says it feels like a dream come true. He spent 20 years as an auto mechanic, and was very good at what he did. Diagnosing problems and fixing things had always come naturally. While he enjoyed the work, there was another career he had always wanted to pursue.

Chris knew the same traits that made him a really good automotive technician could be applied to computer and information science. “I had almost given up on my dream when I received an Arduino board for my birthday,” says Chris. “I love to tinker and when I wanted custom turn signals for my motorcycle, I tried to make my own. During the soldering process, I overheated one of the chips and the circuit didn’t work. Too frustrated to work on it further, I set that project aside for a while.

[Tweet “”I decided that it was time to pursue my dream of working with computers.””]

“After I received the Arduino board, I was able to build the same custom turn signal in less than an hour. I was hooked. I couldn’t believe how a few lines of code made the circuit work like I wanted. I loved programming the board and wanted to learn more. I decided that it was time to pursue my dream of working with computers. I did my research and found that the fastest way into a computer job, with no prior skills or experience, was ECPI University.”

Chris began his studies one year ago, and just seven months into his program, he was offered a computer job at the automotive firm where he was already working. Just a couple months after that, he learned he was selected as finalist for the Off-the-Clock Design Challenge. “The excitement was overwhelming,” says Chris. “I almost couldn’t accept that I was now part of this contest. It was all so surreal. Now I am doing all I can to continue my classes, learn my new position, and keep up with this contest.” Stay tuned for results later this year.

ECPI University Students Reaching Out In their Communities