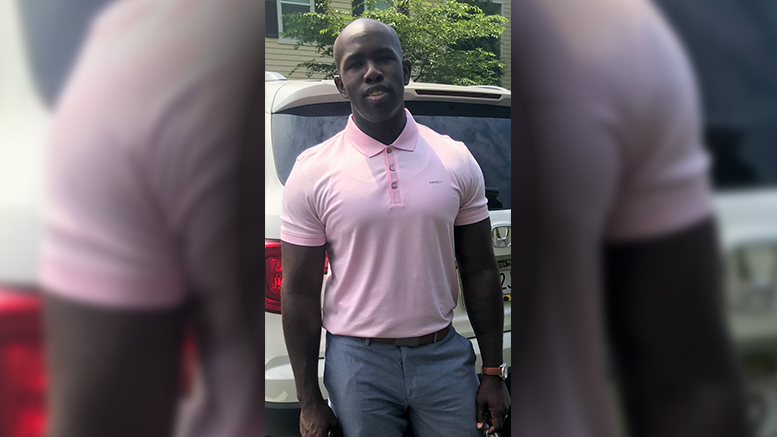 Jonathan Humes is a military man to the core. He has spent the past six years in the U.S. Navy, rising to the rank of Second-Class Petty Officer. He comes from generations of soldiers, sailors, and airmen, yet joining the military was about more than just continuing a family tradition. “Being a member of our nation’s armed forces offered me the opportunity to be a part of something bigger than myself,” says Jonathan. “Serving my country has been a great honor. I challenge myself daily to give more than my best, living by the United States Navy’s core values of Honor, Courage, and Commitment.”

Yes, Jonathan is as dedicated as they come, but he’s also ambitious and aspires to a higher rank. Specifically, he wants to become an officer. “During my years in the service, I’ve developed leadership traits such as accountability, resilience, and the ability to inspire others,” he says. The one thing he does not currently possess is a college degree. To become an officer, he must earn a bachelor’s degree.

“Being in the military means having a highly unpredictable and busy schedule. I can’t imagine doing this without the professors, advisors, and counselors who are always reaching out to make sure I am doing well and offering any help they can.”

A husband and father of three daughters, Jonathan has been deployed to the Middle East on multiple occasions, so a traditional four-year college was not an option. He needed flexibility, the kind he found at ECPI University Online. “After much prayer and support from my wife, we made the decision that I would enroll in the Criminal Justice program.

“Once I have earned my degree, I will be eligible to become a naval intelligence officer. The faculty and staff at ECPI University have been superb. Every professor has taken the time to make sure I have the tools needed to succeed. One particular person who stands out is my academic advisor, Ms. Lisa Carson.  She was there for me when I was deployed and made sure that I got the assistance that I needed to continue my pursuit to earn my degree. Being in the military means having a highly unpredictable and busy schedule. I can’t imagine doing this without the professors, advisors, and counselors who are always reaching out to make sure I am doing well and offering any help they can.”