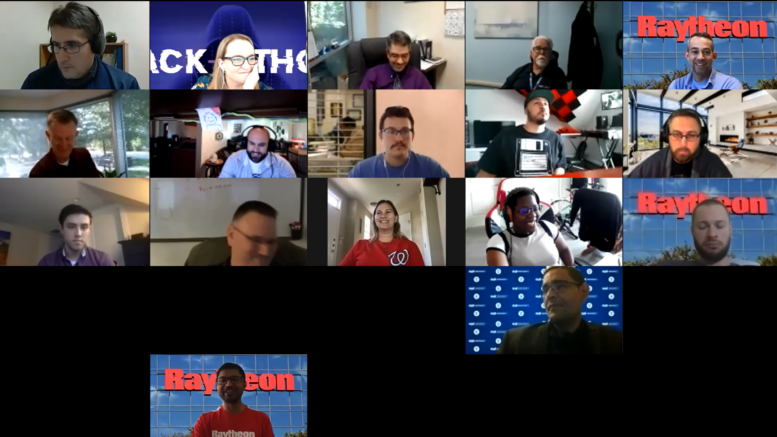 ECPI University and Raytheon hosted its first joint hackathon at the University’s Newport News, with a team comprised of students from the Orlando and Charlotte campuses coming out on top. A hackathon is timed event in which computer programmers and software developers collaborate intensively on a software project or website. The goal is to create functioning software or website by the end of the event.

Team 1337 Coders took home second place with a web site called Bright Horizons, designed to help college students and job seekers develop tasks toward goals that can be redeemed for prizes. They received a hoodie, backpack, and toolkit. Team Project Resource Synce brought home third place with a website that connects local businesses and community members with time and labor, tangible goods, or a few extra dollars to help people in need. They were given a hoodie, backpack, and toolkit.

A virtual event hosted at the Newport News campus, ECPI University Dean of Computer and Information Science Dr. Keith Morneau says the competition was fierce with the margin of victory between first and third being very close, adding that the event’s success was a direct result of Raytheon’s contribution of judges and professional resources “Raytheon’s sponsorship and dedication to our first hack-a-thon event was invaluable,” says Dr. Morneau. “Their contributions in helping us train the next generation of software developers is critical to our success.”

Be the first to comment on "ECPI University, Raytheon Host First Joint Hackathon"