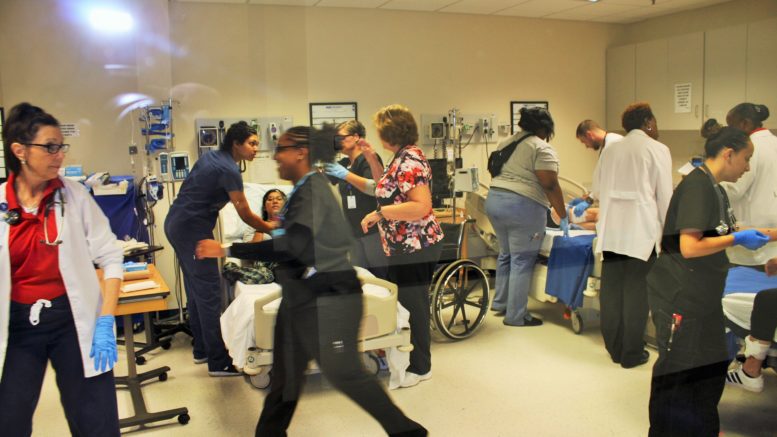 Assisting in triage and emergency care were nursing students supported by faculty members, including Simulation Coordinator Courtney King who applied her expert artistry via moulage, creating true-to-life wounds, fractures and other bodily damage on volunteer victims. In-field communication protocols were executed to coordinate with a simulated hospital on the campus involving a radiology department, staffed by Radiography students and faculty and an emergency room staffed by students and faculty from the Surgical Technology program.

“Everyone involved did a phenomenal job planning this event,” says Criminal Justice Dean Ife Alexander-Caines. “This is precisely what we want to see in education. In the real world, first responders will be working alongside EMTs. The divisions between degree programs do not exist when scenarios occur because we have to work together to save lives or solve problems.”

Be the first to comment on "State, and Local First Responders Join ECPI University for Mass Casualty Disaster Response Simulation"