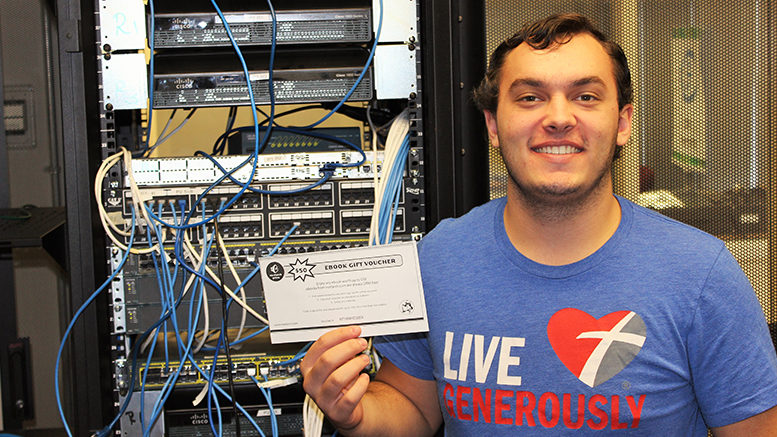 For Nathan Farmer, high school graduation was not a big deal. By the time he earned his diploma in May of last year, he had already earned his Associate’s degree in Network Systems Management from his local community college. A few weeks later, he enrolled at ECPI University’s Charleston campus and began pursuing his Bachelor’s degree in Cyber and Network Security. Just 18 years old, he is on pace to complete his studies later this spring.

“I’m not one to boast,” says Nathan. “I’ll just say that I am very grateful to have so many opportunities at such a young age.” In addition to his studies, Nathan is in the midst of a two-year apprenticeship with the South Carolina State Port Authority. He’s training to become a cybersecurity technician. When he’s not at the Port or in class, Nathan is working on professional certifications – he’s already earned two of them – and competing in hackathons.

Recently, Nathan came in first place at the RETR3AT Cybersecurity Conference Hackathon, held annually at Montreat College. “Nathan is a very dedicated student,” says Dr. Helio de Castro, Computer and Information Science Program Director at the Charleston campus. “He’s self-motivated and enjoys learning new things. Not long ago, he came to school on his day off just to configure our ESXI servers, so our Charleston students can practice for the upcoming Palmetto Cyber Defense Competition. He is always ready to help his classmates with networking and Windows server questions. Nathan is just an outstanding classmate, and a great example of what ECPI University represents.”

ECPI University Ranked #1 in the Nation – 2019 Best for Vets

Making a Difference in the World Can Start at School