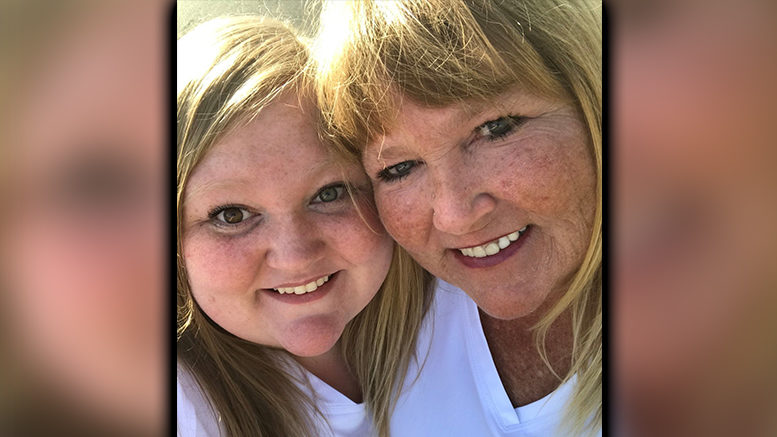 Sometimes, misfortunate can actually be a blessing in disguise. That certainly seems to be the case for Courtney Stephens and her mother, Sherria. When the nursing school Courtney was attending closed its doors in late 2016, she was not sure what to do next. Sherria, a certified nursing assistant, decided to lend a hand. She did some digging and was impressed with what the ECPI University Greensboro campus had to offer.

Courtney was certainly interested, but the idea of starting over at another school seemed daunting. Then, she got an idea. “I’ll do it if you join me,” she told her mom. “I always wanted to be a nurse, but I had to raise my kids first,” says Sherria. They made a pact and enrolled together.

With both of them working full-time, it was a struggle balancing home, work, and school, especially since Courtney’s ailing grandmother lives with them and requires a lot of care. “You have to be dedicated and work towards your goals,” says Sherria. “It’s challenging, yes, but totally worth it.”

They both credit ECPI University’s nursing faculty and staff for their hard work and dedication to each student. “It was an incredible experience,” says Courtney. “Mr. Hodges (Director of Nursing) will not let you fall behind. I’ve learned more in 14 months than I ever could have in any other nursing program.” It also helps that mother and daughter had each other for support and encouragement. “We were lucky because we each had a study buddy right from the beginning,” says Sherria.

[Tweet ““Mr. Hodges (Director of Nursing) will not let you fall behind. I’ve learned more in 14 months than I ever could have in any other nursing program.””]

Courtney and her mom say the path to graduation has not been easy. “It’s one of the hardest things you’ll ever do in your life,” says Courtney. “But knowing that you’re going to make a difference in the lives of your future patients, well that just makes it all worthwhile.”

Be the first to comment on "Daughter Graduated College Alongside her Mother, Both Becoming LPNs"