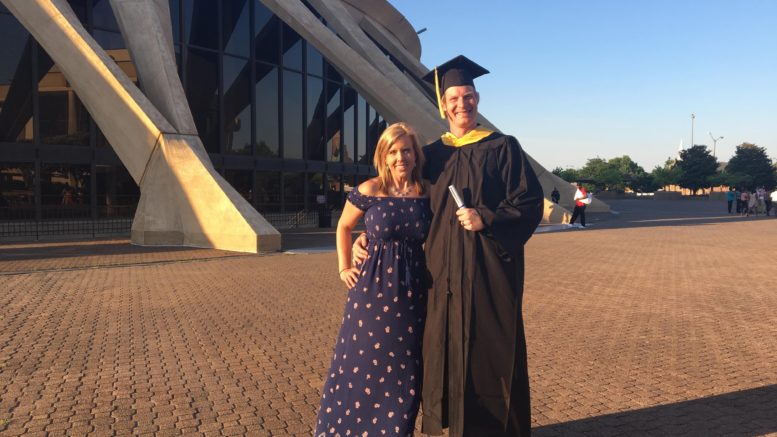 Everyone has a destiny. Some discover it sooner than others, but when that moment occurs, it can be clear as day. Just ask Kellen Munden. His journey spanned a period of many years and took him clear across the country. In 2002, he entered college in North Dakota on a basketball scholarship. Two years later, he transferred to another school in Montana. A year after that, he decided he would rather work on cars, so he gave up basketball and began pursuing an associate’s degree in automotive technology.

To make ends meet, Kellen worked in a restaurant. As it turned out, he liked it so much he decided to stick with that instead. Despite earning his automotive technology degree, he accepted an opportunity to help open a new restaurant in Coeur d’Alene, Idaho. For nearly a decade Kellen continued with the food business. That is, until he met the woman who would become his wife. From that point forward, working late nights and every weekend became an issue.

[Tweet ““ECPI University’s Mechatronics program was perfect for me.””]

“When I decided to go back to college, I was looking for something that corresponded with our changing world,” says Kellen. “ECPI University’s Mechatronics program was perfect for me. I have always loved taking things apart, learning how they operate, and then trying to put them back together to make them work more efficiently. Also, ECPI’s program was offered completely online, so I could work at my own pace. This was extremely important for me since I was planning a wedding and working two jobs.”

As graduation approached, Kellen said he was bit unsure about the job search. “I don’t think I could have done it without my career service advisor, Rae Sewell,” he says. “She was absolutely amazing. She got my name out to several companies and fiercely advocated on my behalf. We finally struck paydirt when she helped me get an interview with Micron Technologies. I cannot thank her enough for all the help she gave me with interview preparation and how hard she worked looking for career opportunities for me.”

[Tweet ““I owe it all to ECPI University, and I never pass up an opportunity to recommend it to anyone who asks.” ~ Kellen Munden, Online Mechatronics Graduate”]

This was a big move for Kellen, literally and figuratively. The job with Micron was thousands of miles away in Manassas, Virginia. “I was a little apprehensive at first,” he says. “This meant being temporarily apart from my wife and leaving pretty much everything I’ve ever known, but I can already tell that I will be nothing but happy in this role and it will be a great experience. I owe it all to ECPI University, and I never pass up an opportunity to recommend it to anyone who asks.”