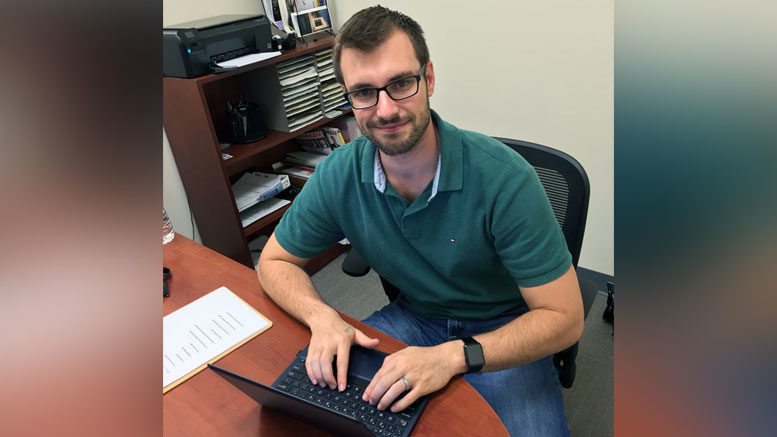 With a mother working as a UNIX programmer, Tim Dixon’s love of computers came about in the most natural of ways. What did not come so easy was a love for school. As his high school graduation ceremony loomed near, Tim was dreading the thought of four years in college. That was before he learned about ECPI University and its accelerated, year-round programs. That was also before he discovered that learning wasn’t necessarily something that occurred only by reading textbooks and sitting through prolonged lectures.

“When I came to ECPI, I discovered a whole new way of learning,” says Tim. “The hands-on style of teaching was a natural fit, but the most important thing I learned was how to learn. The world of information technology is constantly advancing. Just when you figure something out, it changes. You’ve got to know how to find things out and adapt.”

After receiving his degree in IT Networking and Security in 2006, Tim worked as a technician for a few years and then decided to blend his passion for tech with his love of mission work. He signed on with Adventures in Missions, an interdenominational organization that has placed more than 100,000 people into the mission field worldwide. For three years, he traveled the globe helping those in need, and providing tech support to the organization.

When Tim decided to come home, the thought of an office job was not at all appealing. “I knew I could not go back to a 9 to 5 job,” he says. With that thought in mind, Tim decided to start his own business, a tech support company he named Triad Tech Guys. Services range from wireless networking, server management, and virus cleanup to system security assessment.

[Tweet “”The most important thing I learned was how to learn.””]

At first, Tim began working with friends and fellow church members. From there, he landed two big clients, a law firm, and then a bank. Three years in, he has 25 clients and just hired his first employee, another ECPI University graduate. “I hope to hire a second employee by year’s end and have eight to ten people within the next two years,” he says. Naturally, Tim says when that time arrives, he’ll look once again to his alma mater…which makes Tim both a satisfied graduate and a valued employment partner.

ECPI University Named to List of Most Affordable Engineering Schools