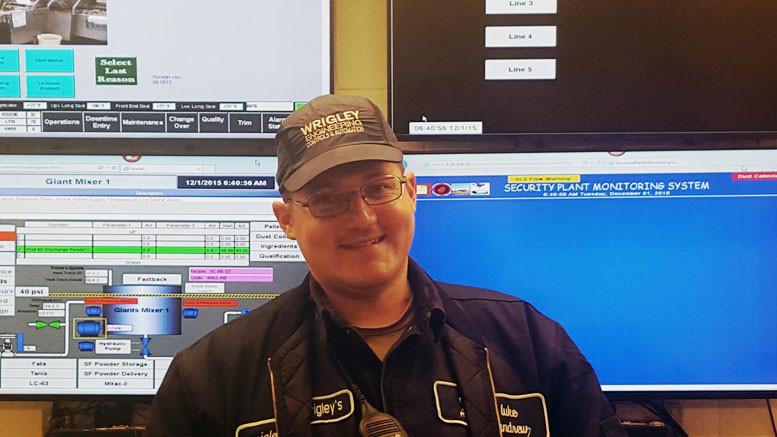 When Aaron Leathley-Andrews left active duty in 2012, he was determined to attend college and earn his bachelor’s degree. He began with community college near his hometown in Florida but struggled to balance full-time employment with a heavy class load. Still, he managed to finish his associate’s degree and got a job.

One thing Aaron learned from that experience: he would most certainly need the flexibility of online education if he wanted to earn his bachelor’s. He did his research and settled on ECPI University.

[Tweet “All of a sudden it seemed like staying in college was going to be nearly impossible.”]

While online classes proved to be far more manageable, life began throwing challenges Aaron’s way. He was promoted to management and his wife gave birth to a new child during a particularly busy time at work…all good things, but challenging nonetheless. Add to that, the Navy calling him back with a four month set of orders, and all of a sudden it seemed like staying in college was going to be nearly impossible.

“I started to talk to my advisors about withdrawing,” says Aaron. “Rather than drop out, they allowed me to reduce my class load and take a leave of absence for my orders. A few days after returning, I was back in class with minimal time lost thanks to the flexibility of the online course schedule.”

As graduation approached, Aaron wasn’t really looking for a job. He was already in a management position and happy at work. Ultimately, he decided going through a search process might be a worthwhile experience. So, he began doing some practice interviews with his career services advisor.

“I started to think that I could do better than my current position,” says Aaron. “With ECPI University’s help, I found a position in my field working with Wrigley’s Chewing Gum which is a division of the Mars Corporation. There was a big move involved for me and my family but this position was exactly what I wanted and tailor-made for me.”

“Thanks to the preparation of ECPI University’s career service team, I breezed through the application process and was immediately offered the position with a higher-than-expected salary, better benefits, and paid relocation for my whole family. I not only found a better paying job in my field but a career that was a perfect fit for me!”