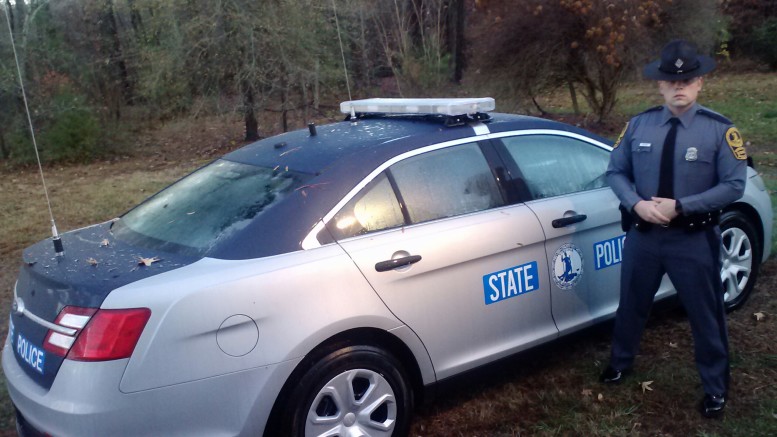 Joshua Barner was just six years old when his father died of a terminal brain cancer. Although he was quite young at the time, he was old enough to know how he would cherish his father’s memory.

Bob Barner was a Virginia State Trooper, badge number 1627. After his death, the tight-knit Area 6 State Troopers stayed close to the family and looked out for them. As Joshua was growing up, he started decorating his half of the bedroom he shared with his brother “trooper blue” and adorned it with various Virginia State Police items.

After graduating from Powhatan High School, he decided the best way to honor his father would be to carry on his legacy in law enforcement. He enrolled at ECPI University and earned his Bachelor’s degree in Criminal Justice.

His application to the Virginia State Police was later accepted. His first day at the Academy, he saw a quote on the wall: You can be tough as nails and still be a gentleman. Throughout his childhood, his mother had shared that same phrase that his father said so often. He had always thought his dad had made it up. “I had heard it my whole life,” says Joshua. “Right then, I knew that this is where I needed to be. That saying came from the state police but it was also the character of my father.”

Recently at a family day ceremony, his wife pinned his new badge on his chest. Its number: 1627. “It was a surreal moment and pretty awesome,” he said.

Be the first to comment on "Moorefield Student Earns Criminal Justice Degree, Honors his Father’s Legacy"