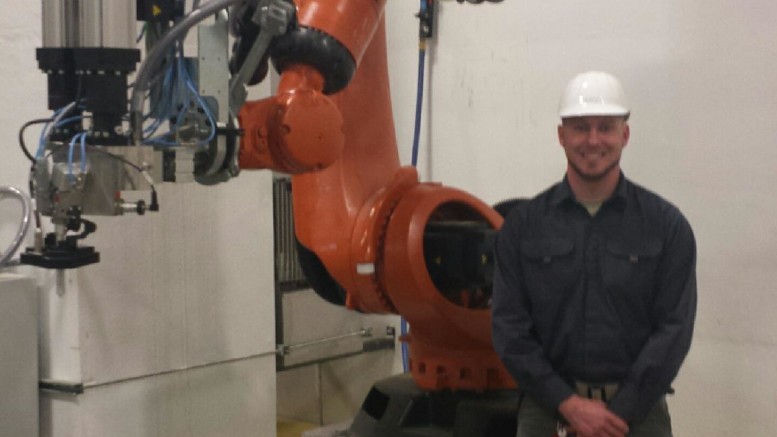 Four years ago, Gary Hart was gearing up for his second deployment to Iraq. He knew that during his tour he was going to have some extra time on his hands, and since the Army was offering tuition assistance, he decided to take advantage of the opportunity.

After doing extensive research on a number of online schools, he found ECPI University and enrolled in the Electronics Engineering Technology program. “Being that I was a RADAR technician in the Army, I was already working with electronics and had a pretty good understanding of it,” says Gary, who, upon leaving the Army, continued his studies.

As he neared completion of his Associate’s degree, he began working closely with ECPI University’s Career Services Department. “I knew from the beginning that I was working with a determined and goal-oriented individual,” says Online Campus Career Services Advisor Rae Sewell. She helped him land interviews with several well-known companies, but one stood out: Mercedes-Benz USA. Gary began working there in February and is continuing his studies with ECPI University’s Online campus in pursuit of his Bachelor’s degree.

“Ms. Sewell really put me on the fast track in landing a career,” says Gary who is now working as a maintenance team member tasked with maintaining the company’s automated manufacturing robots. “Mercedes-Benz is a great company, has outstanding benefits and wages, and I am working in a position that is directly related to my degree program. I couldn’t be happier with how everything came together because of my decision to attend ECPI University.”

Gary’s career services advisor was equally impressed with his ability to stay in control, using techniques taught in the career orientation course, such as negotiating salary and relocation assistance. Says Sewell, “Helping him achieve his goals has been extremely rewarding, not only as a career advisor, but as a grateful American to be able to give back to Mr. Hart for all he has sacrificed for our country.”

“I am working in a position that is directly related to my degree program. I couldn’t be happier with how everything came together because of my decision to attend ECPI University.”

The Power of Partnership: How ECPI University Works with Employers to Shape Student Outcomes

Be the first to comment on "Mercedes-Benz Hires ECPI University Student & Army Veteran for His Dream Job!"